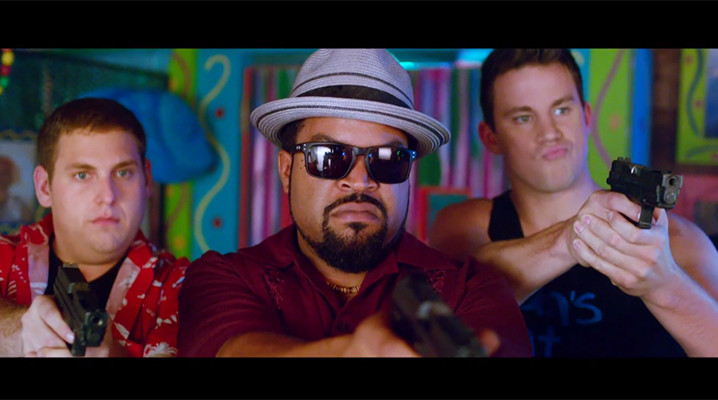 Since the 2012 reboot of 21 Jump Street was so popular, there’s a sequel that’s currently wrapping production. Today, Sony Pictures released the first Red Band trailer for the sequel, appropriately titled 22 Jump Street (the building across the street, apparently because the Korean Church that hosted the operations in the last movie was bought back by the Koreans). The movie sends Jonah Hill and Channing Tatum to college again to investigate a drug ring and looks to have even more explosive action, puking, and Ice Cube being a dick. Check out the trailer below, the movie drops Summer 2014.