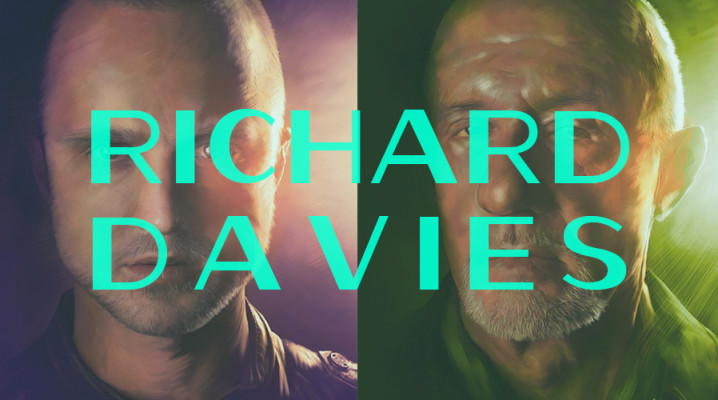 One day, when I was scouring Behance for some dope Breaking Bad art, I came across some digital portraits done by UK artist Richard Davies, and I was totally blown away. After checking out some more of his work, it’s pretty clear that Rich is legitimately talented and is doing things his own way. Evidently, the world has noticed Rich’s skills as his work has appeared in Rolling Stone, Ask Men Magazine, SND Films and Alliance Films, to name a few. Despite such a lofty pedigree of work, Rich was cool enough to connect with us and answer the questions our inquiring minds had to know, like since when was Breaking Bad shown oversees.

TELL US A BIT ABOUT YOURSELF, WHERE YOU LIVE, AND WHAT YOU DO

I’m based in South Wales in the UK and I earn a living as a graphic designer by day. In my evenings and weekends I freelance under my online name, ‘Turksworks’. My freelance work consists of diverse work such as movie posters, portrait work and some editorial illustration.

HOW DID YOU DEVELOP YOUR ILLUSTRATION AESTHETIC? WHAT ARTIST INSPIRED YOU?

It’s taken me a long time to develop my style really. I come from a painting and drawing background in my college days but ironically got into graphic design as I thought this made more sense career-wise. I’ve never stopped drawing though and it’s really only during the last couple of years that I’ve realized that I could make a living from it. I’m also a huge movie fan so I started combining the two interests together. When I was a kid, I used to admire the great poster artists such as Drew Struzan and Bob Peak who used to do all the summer blockbuster film posters. I guess it’s something I always wanted to do. 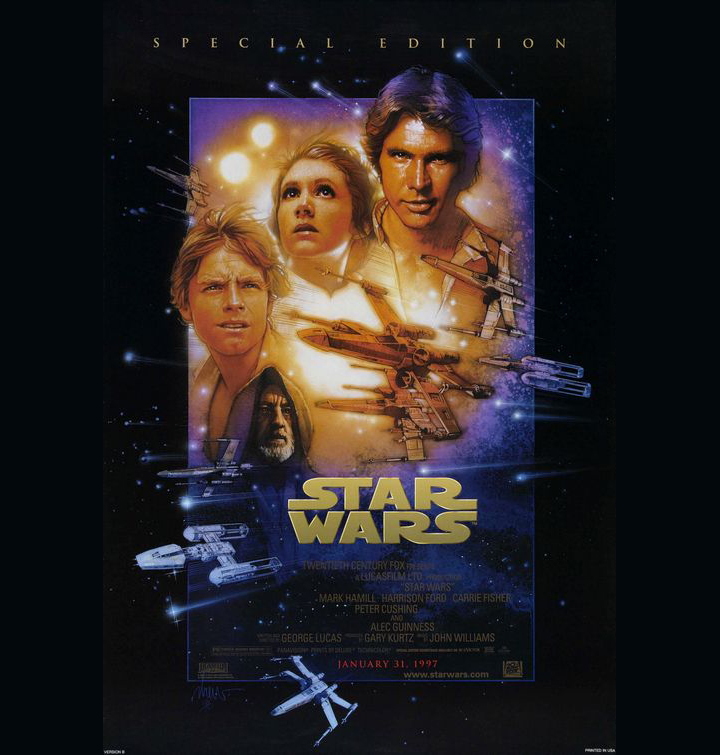 YOUR ILLUSTRATIONS HAVE A PHOTOGRAPHIC QUALITY TO THEM BUT ARE DIGITAL. CAN YOU WALK US THROUGH THE BASIC DESIGN PROCESS OR HOW YOU START A PROJECT?

Obviously using photographs as a reference point I start by just painting coloured areas and just mapping out where the highlights and shaded areas would be and then gradually build up layers upon layers of detail in Photoshop always referring to the original image to get the likeness spot on. Once the painting is done, I like to add different textures and colouring treatment that gives the final piece it’s own ‘personality’ and distinctiveness.

WHAT INSPIRED YOU TO DO THE BREAKING BAD PORTRAITS?

I have to be honest at this point and confess being a late developer when it comes to Breaking Bad! I think I got into it during Season 4 so I had to go back and re-watch it from the beginning. I absolutely loved the show and the characters were such brilliant creations. I thought the characters had such amazing faces too and thought that it would be a challenge to recreate every wrinkle and crease digitally. 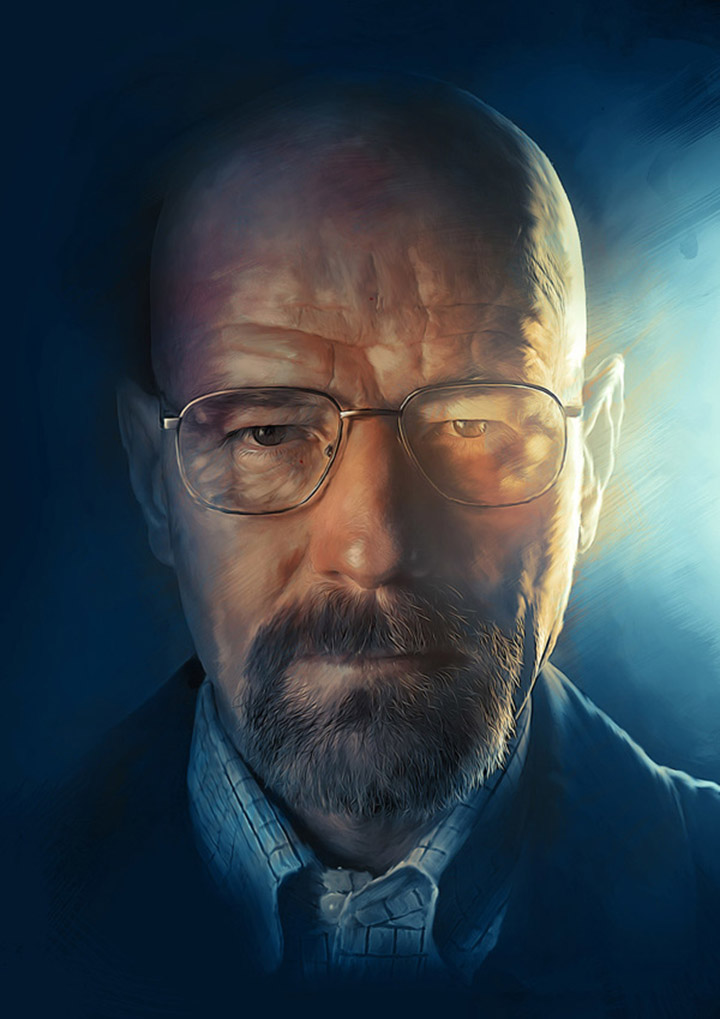 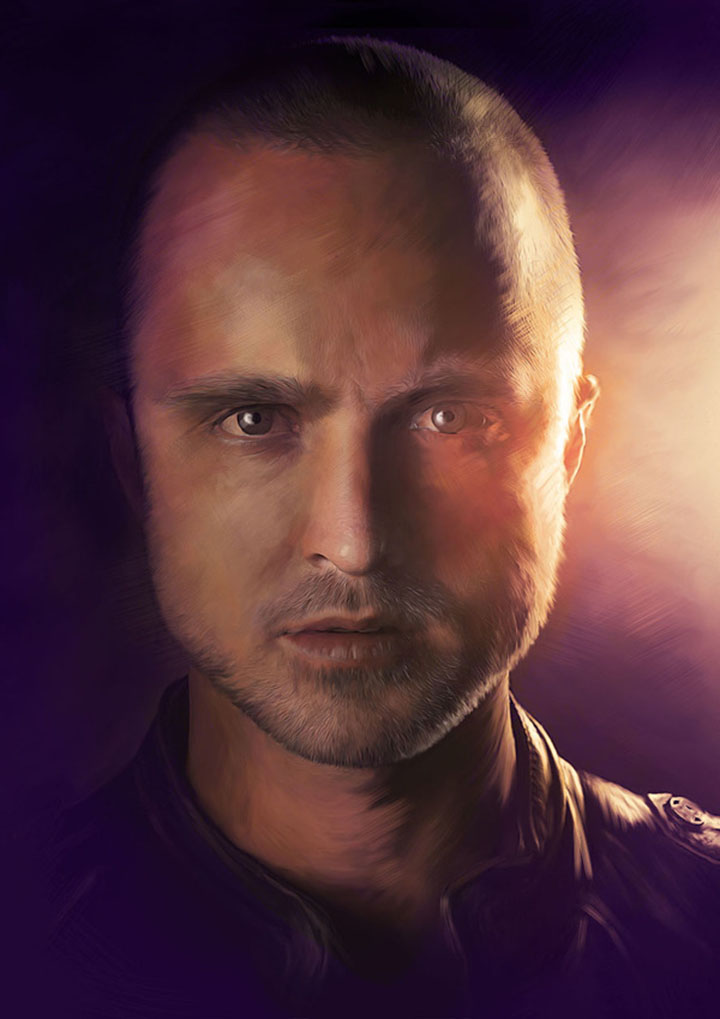 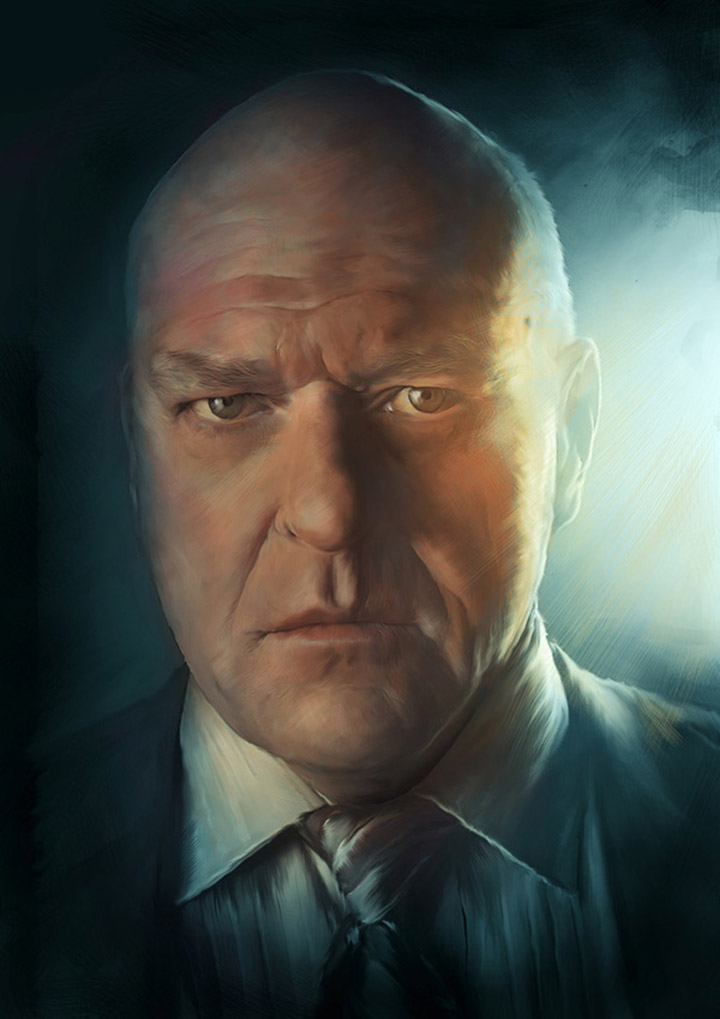 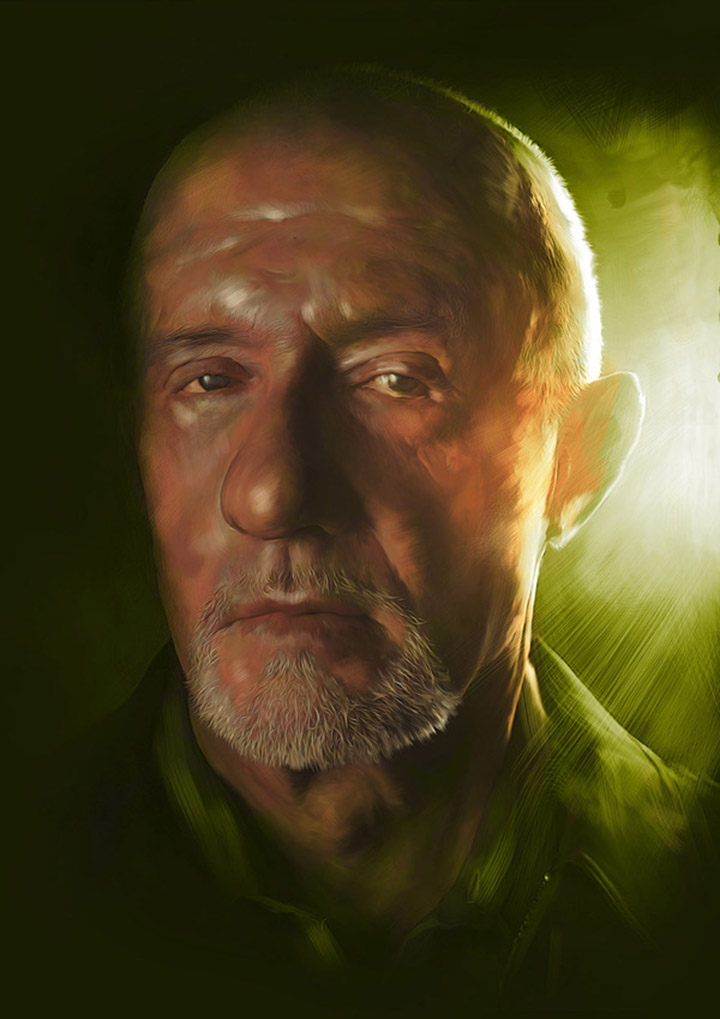 YOU’VE ILLUSTRATED SOME PRETTY HIGH PROFILE CELEBRITIES IN YOUR WORK, HAVE ANY OF THEM REACHED OUT TO YOU TO SHOW YOU SOME LOVE?

My favourite response to my work that I got was regarding my portrait of Steve Jobs. I had done this as a personal piece some months before the sad passing of Apple supremo Steve Jobs. A few months after his death, I received an emotional email from one of his former colleagues at Apple saying how much they loved the portrait and how much it captured Steve. That meant so much to me to hear something like that. 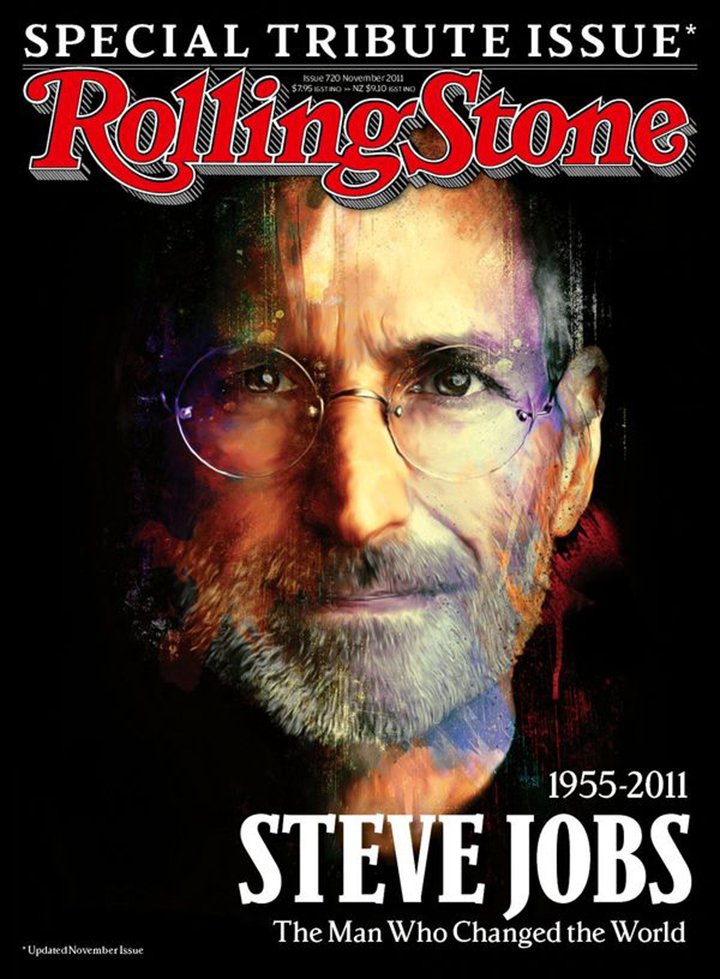 WHAT IS YOUR BIGGEST CHALLENGE AS AN ARTIST/DESIGNER?

The biggest challenge as it is with all designers and illustrators is to keep your work original and fresh. It’s always so important to see whats happening out there and keep abreast with trends and technology especially. It’s so easy to stick to a formula and stick with it, you have to develop and change with the times too.

WHAT IS YOUR ULTIMATE GOAL AS AN ARTIST/DESIGNER OR DREAM PROJECT TO WORK ON?

Firstly, I would love to make a living solely from my freelance work. I love the thought of being my own boss and the creative freedom that brings. My dream project would have to be working with a filmmaker such as Guillermo Del Toro or David Lynch on a project of some kind. One day perhaps…

HOW HAS THE INTERNET AND SOCIAL MEDIA INFLUENCED YOUR STYLE AS AN ARTIST?

The internet and social media massively influences me – there’s so much inspiration out there on the web. From my perspective its also a great promotional tool to get your work seen out there by as many people as you can. Without social media, it would be so difficult to get your work seen anywhere so it is hugely empowering. A lot of my work is influenced by popular culture so things like Twitter and Facebook are just perfect tools for my work.

WHAT HAS BEEN YOUR FAVORITE PROJECT SO FAR?

It’s difficult to pick one but recently I’ve been invited to take part in a collective of artists and designers called the ‘Poster Posse’ organised by the popular culture blog, Blurppy. Every couple of months we are asked to design a new movie poster based on a forthcoming big release. Its just great fun to do and gets a lot of exposure from fans and film industry alike. (See all the artist entries here) 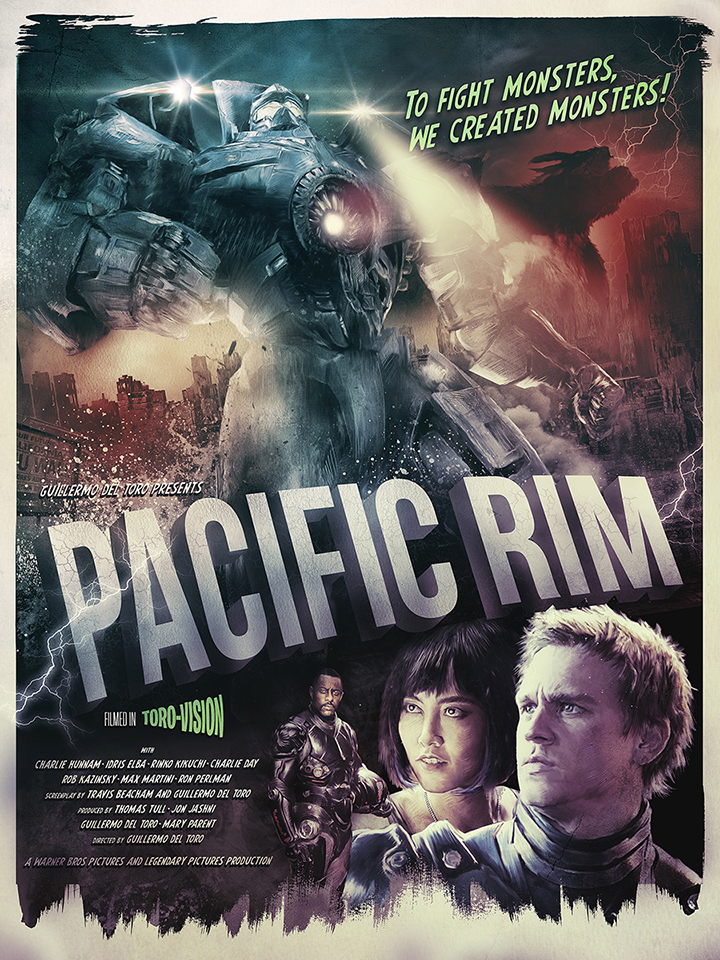 WHAT CAN WE EXPECT TO SEE FROM YOU NEXT?

I have lots of things coming up over the next couple of months, more movie posters, an new series of portraits based on well known television characters plus I’m hoping to be involved in a few exhibitions here in the UK and the U.S. Very busy!

You can also visit my portfolio at www.turksworks.co.uk to see more of my work.

Huge thanks to Rich for taking the time to chop it up with us! Take some time or kill some time and check out his work, including his brand new Walking Dead portrait series, you’ll definitely be impressed and now you’ll know how he makes it happen.

Are you creating dope art? Get in touch with us about doing a feature!