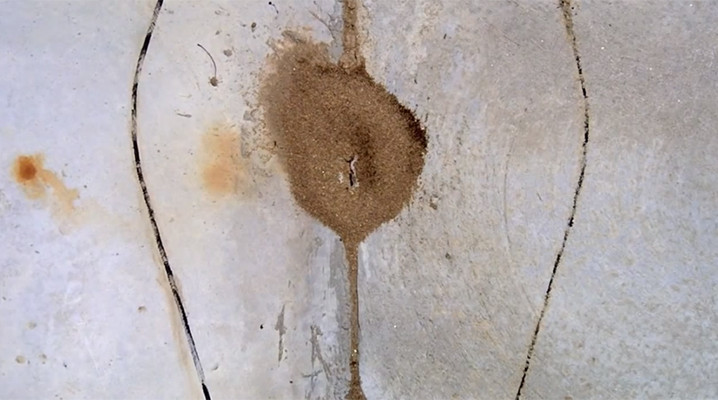 Each day in October brings with it the promise that Banksy will leave his mark on some new part of New York. Even though most people take weekends off, Bansky does not, so today we’re playing catch-up by bringing you the double-feature of weekend Better Out Than In street art installations.

To kick off the weekend Banksy unveiled a video supposedly shot in Staten Island. Starting with a close-up shot of ants working feverishly around their hill, the camera snaps further out three times to reveal the final piece: ants working around what basically seems like an asshole. Check it out below and decide for yourself:

For Sunday’s Better Out Than In action, Banksy traveled back to the mainland for a piece on the Upper West Side depicting a child swinging a mallet at a fire hydrant like at a carnival game. Again, this piece is pretty subtle with no accompanying text or audio guide. Is Banksy becoming more reclusive is his final stretch of the series? Stay tuned. 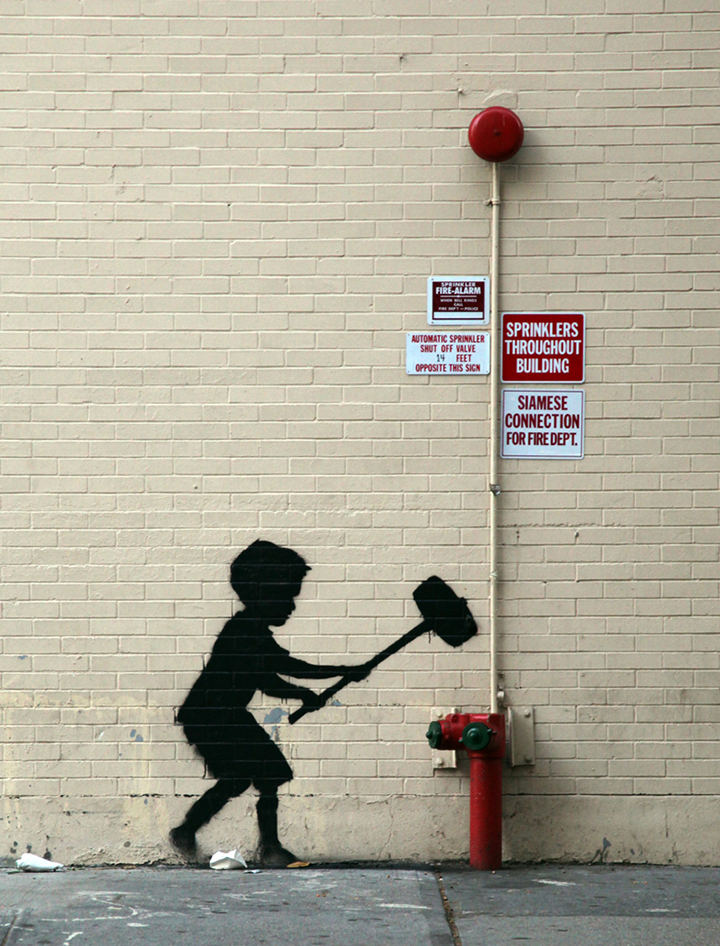