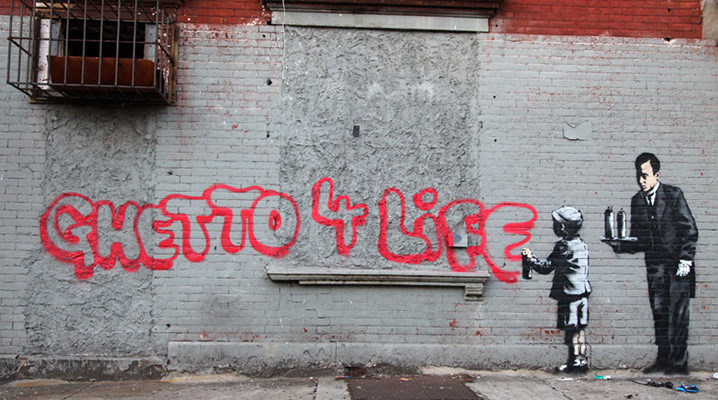 Each day in October brings with it the promise that Banksy will leave his mark on some new part of New York. Today is Day 21 in his Better Out Than In street art installment series and finds Banksy getting ghetto in The Bronx. It’s hard to tell if Banksy was behind the bright pink ‘Ghetto 4 Life’ graffiti on the wall but it’s definitely 100% Banksy behind the child stencil doing the graffiti and his ‘spray can butler’ beside him. Throughout this series, Banksy has used children as his subjects as we’ve seen as recently as yesterday. Is this piece a commentary on the ‘ghetto mentality’ a lot of privileged kids have? Check it out below and decide for yourself. 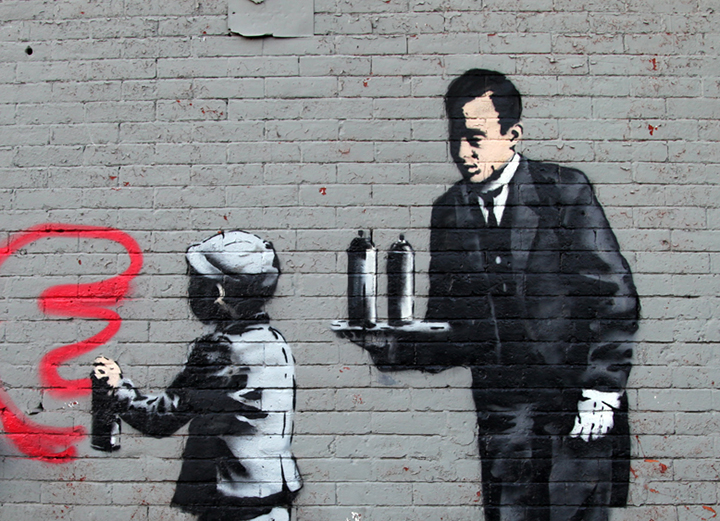 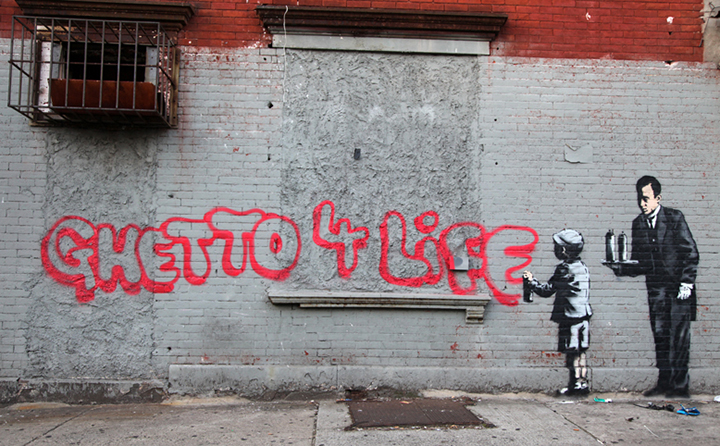