Each day in October brings with it the promise that Banksy will leave his mark on some new part of New York. Today is Day 22 in his Better Out Than In street art installment series and finds Banksy imitating one of the wonders of the world, in Queens. For his piece today, Bansky continues his switched-up wordplay saying he left ‘no turn unstoned’ in making this 1/36 scale replica of the Great Sphinx of Giza out of smashed cinderblocks. Like the original monument that inspired it, Banksy’s Sphinx is also missing its nose and beard. Banksy’s piece has been tucked away behind a large puddle so hopefully it won’t be vandalized and/or stolen as quickly as some of his other pieces. Check it out below and over at BanksyNY. 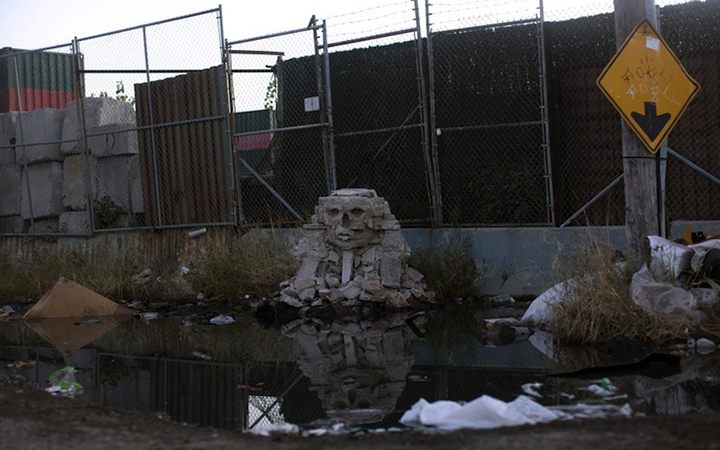