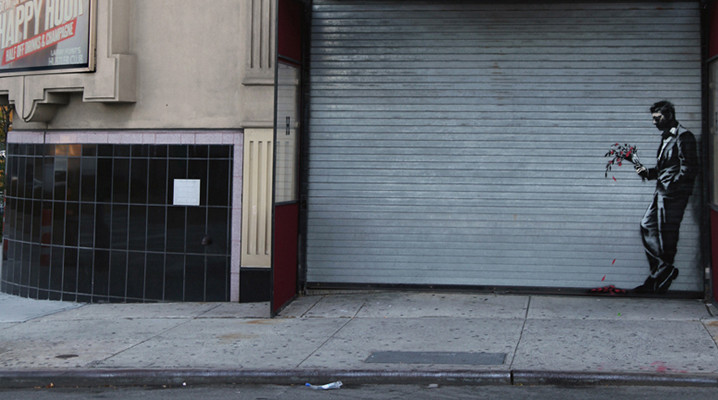 Each day in October brings with it the promise that Banksy will leave his mark on some new part of New York. Today is Day 24 in his Better Out Than In street art installment series and finds Banksy back on the streets doing his thing, after his absence yesterday. Today’s piece features a lonely man holding some drooping flowers waiting outside the Hustler club in the Hell’s Kitchen neighborhood. Banksy adds the caption ‘waiting in vain…at the door of the club’ as if the dude is waiting for one of the Hustler girls to give the flowers too. Nice to see Banksy triumph again. Check it out below and over at BanksyNY. 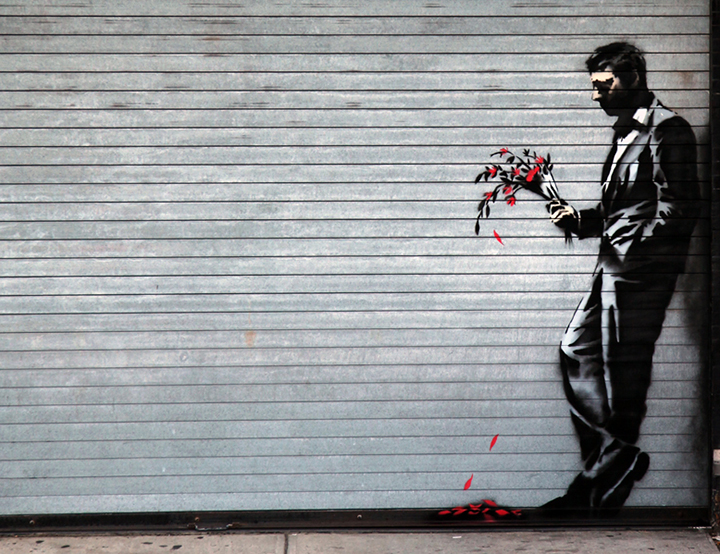 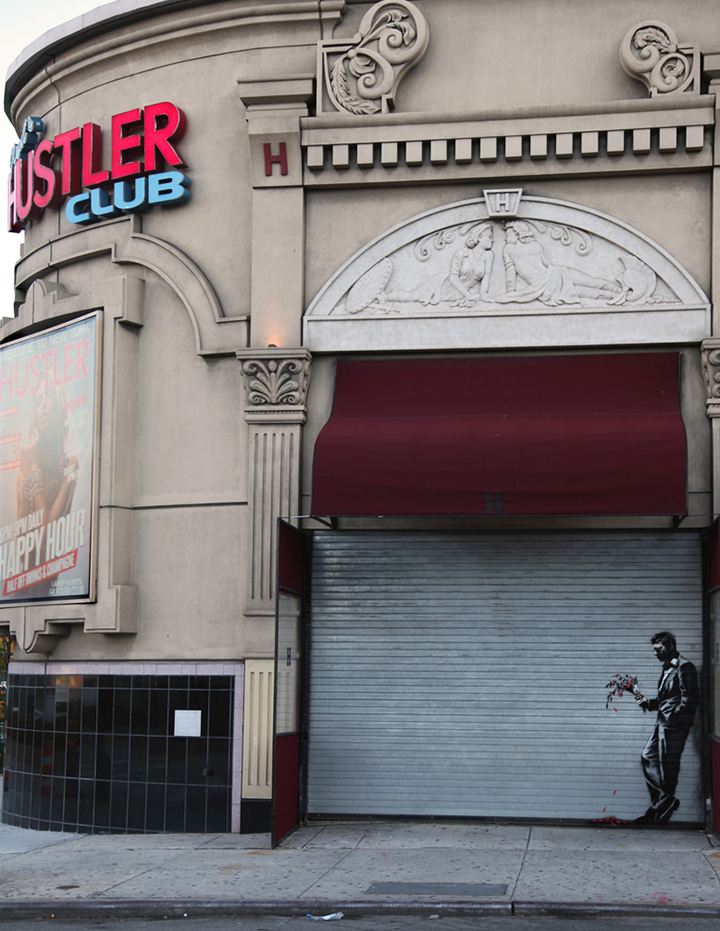