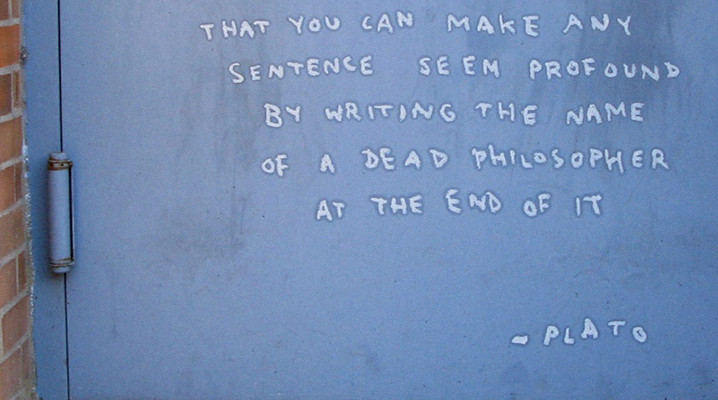 Banksy “Better Out Than In” NY: Day 8

Each day in October brings with it the promise that Banksy will leave his mark on some new part of New York. Today is Day 8 in his Better Out Than In street art installment series and features a mural done in the Greenpoint neighborhood. In contrast to his pieces from the last few days, this one does not include a thought-provoking and hilarious audio guide. Rather, this is one of his most simple and direct installments yet, with just text scrawled on what seems to be a door. However, in typical Banksy fashion, he looks at society’s ridiculous obsession with famous quotes and he suggests that anything can be legitimized by adding a famous philosopher’s name to it. Check it out below and see it on Banksy’s site. 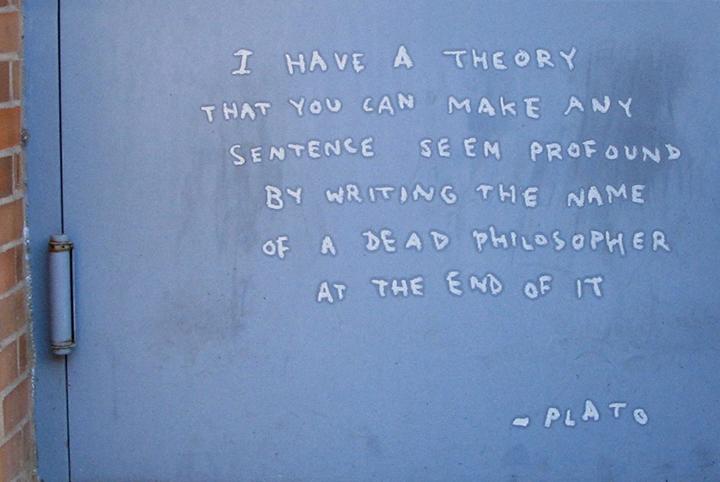