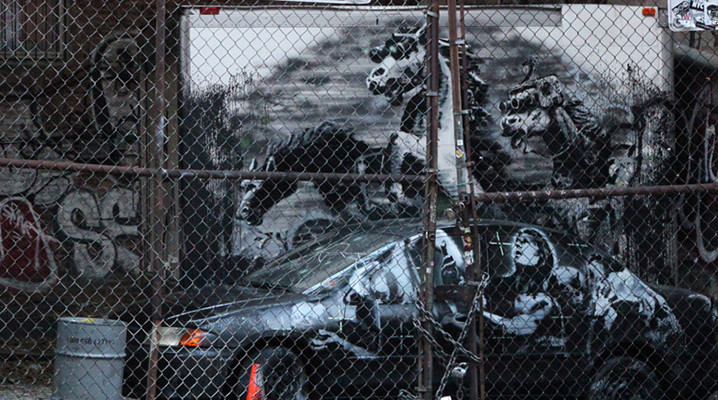 Banksy “Better Out Than In” NY: Day 9

Each day in October brings with it the promise that Banksy will leave his mark on some new part of New York. Today is Day 9 in his Better Out Than In street art installment series and features a mural and car done in the Lower East Side neighborhood. After yesterday’s relatively tame and simple philosophy quote, Banksy hits hard today with some war imagery, more in line with what he did on Sunday’s Dumbo posting. The mural and car are intricately graffitied as a futuristic war setting and the accompanying audio track is equally grim, definitely not the tongue-in-cheek commentary we’ve been hearing. The track serves as a soundtrack to the installation, depicting a live-action war scene in Iraq. Check it out below and the whole thing over at Banksyny. 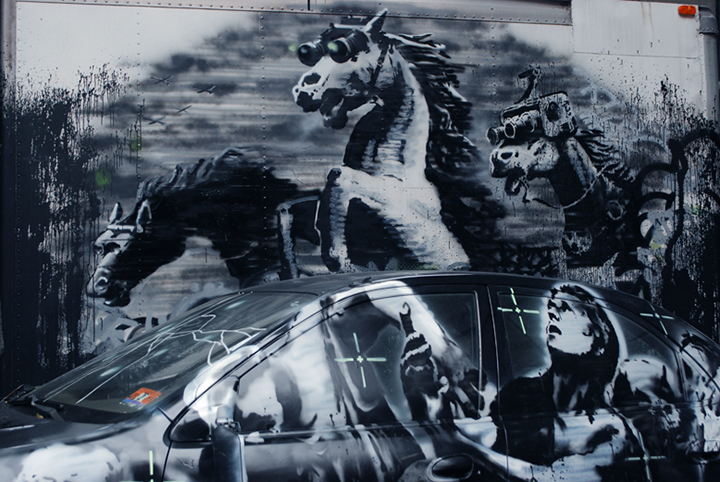