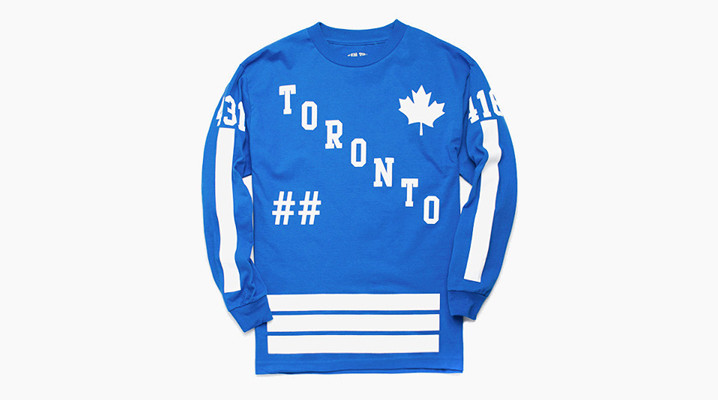 on December 23 | in collabs, Streetwear | by LAfever | with No Comments

Been Trill are showing some love North of the border with another collab with Toronto menswear/streetwear retail haven Nomad. Following along the same lines as their first collab, the new Been Trill x Nomad range again features the diagonal ‘CANADA’ text on the front and Been Trill’s signature ## and horror-style fonts, styled as vintage hockey jerseys reminiscent of the classic Quebec Nordiques and Team Canada uniforms. The collaborative capsule includes the jersey-style longsleeve tees in black-on-black, white-on-black, blue-on-white, white-on-blue, and white-on-red combos, along with snapbacks in white-on-black, white-on-red, white-on-blue, and black-on-black. This shit is selling crazy fast so check it out on Nomad’s site and get your hype on. Also, it looks like Kanye was seen rocking these new joints at the Been Trill afterparty in Toronto over the weekend. 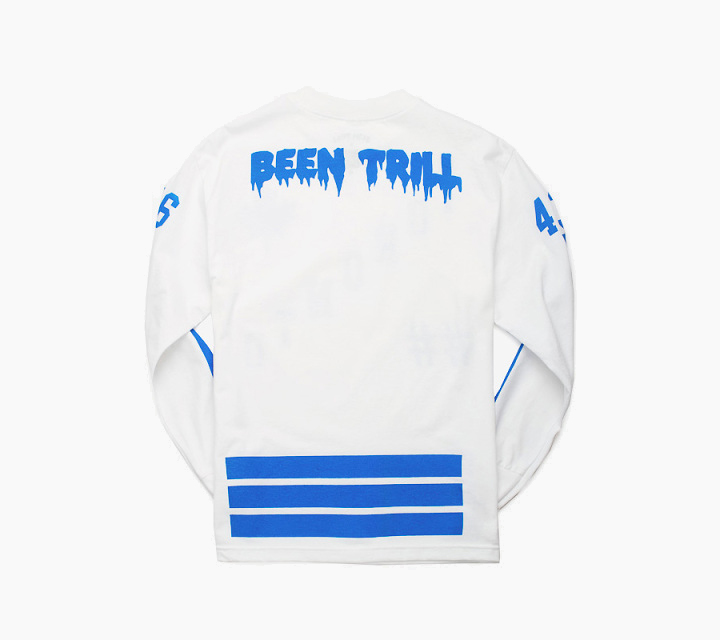 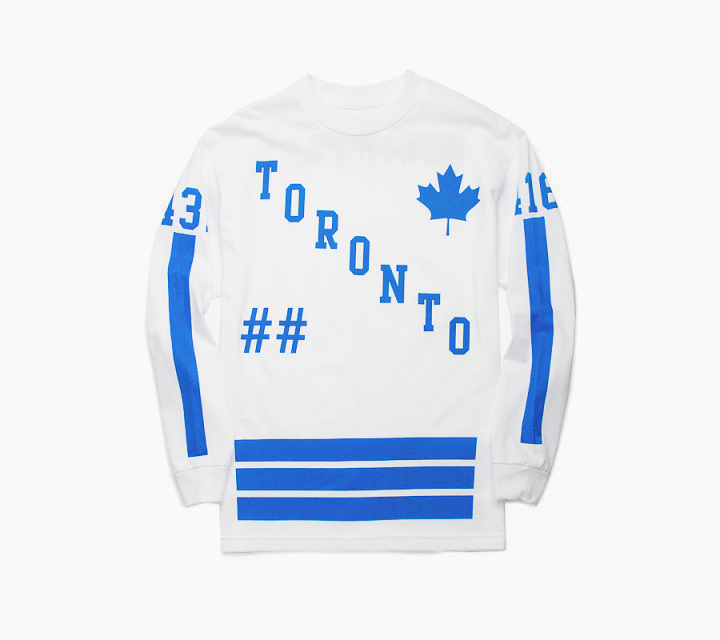 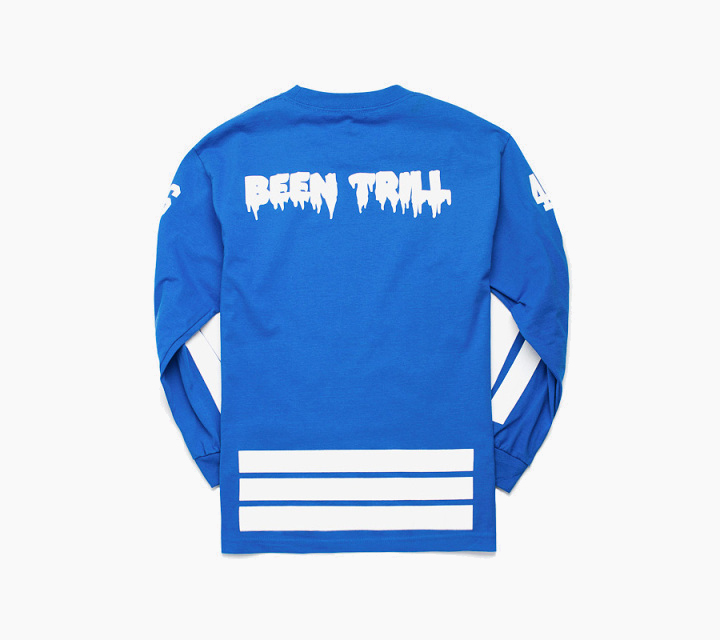 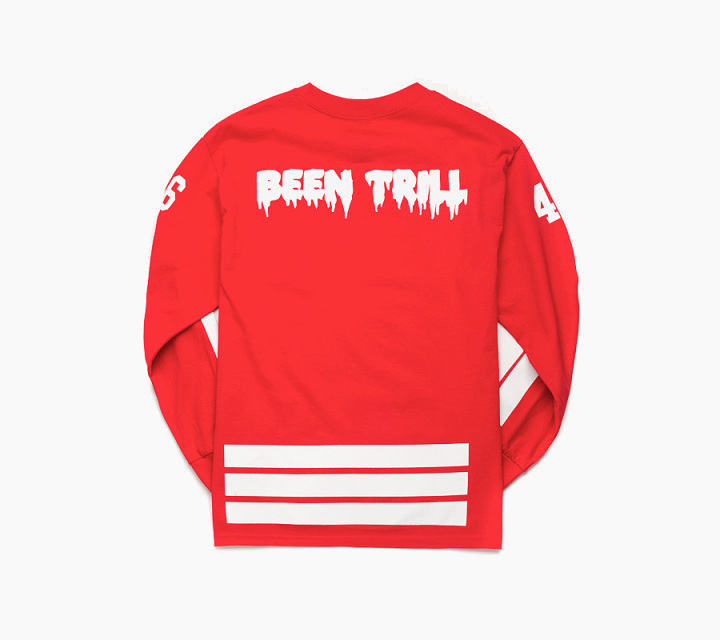 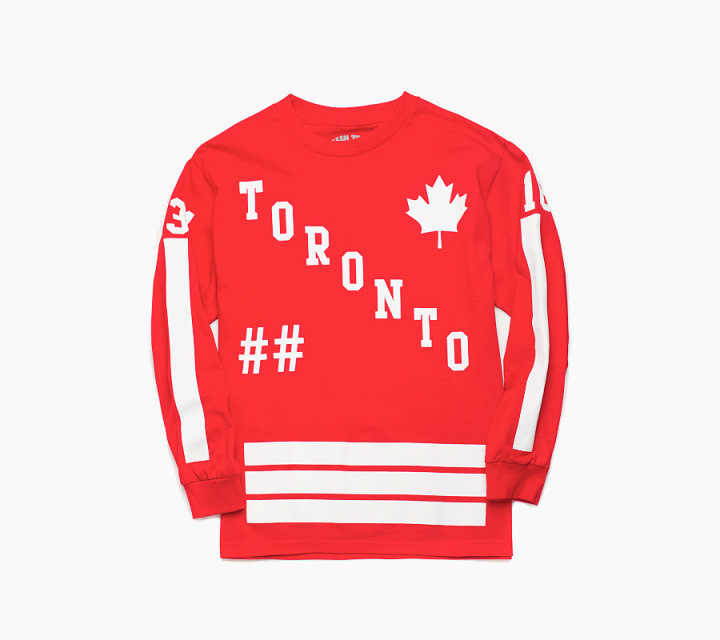 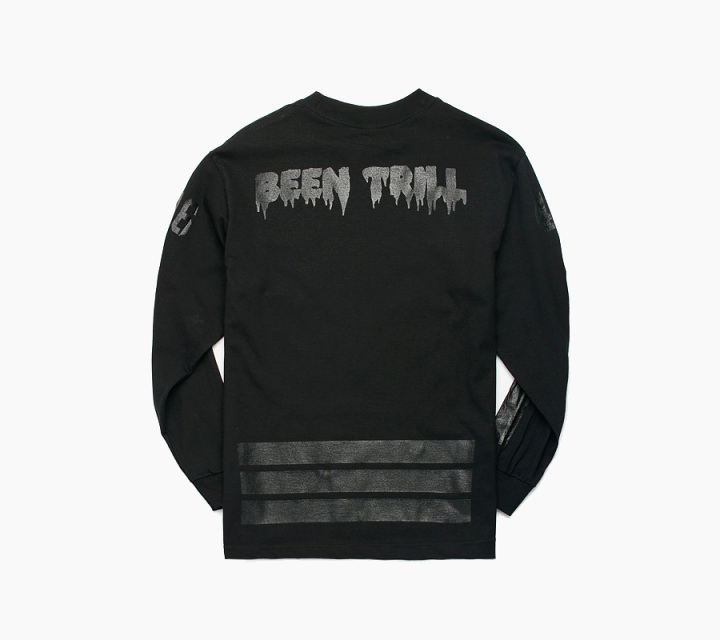 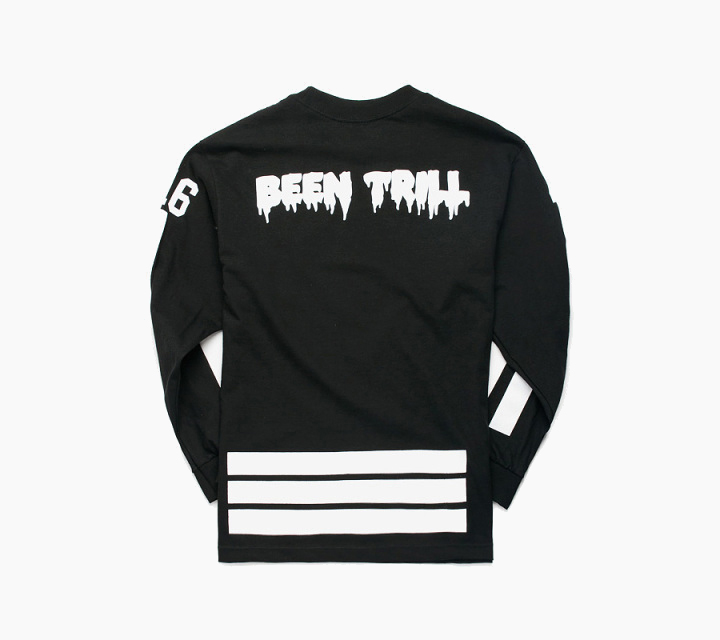 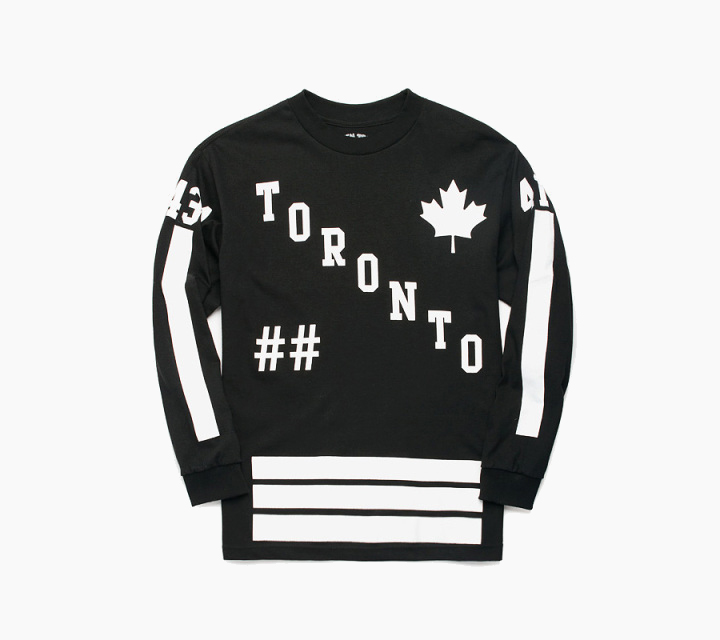 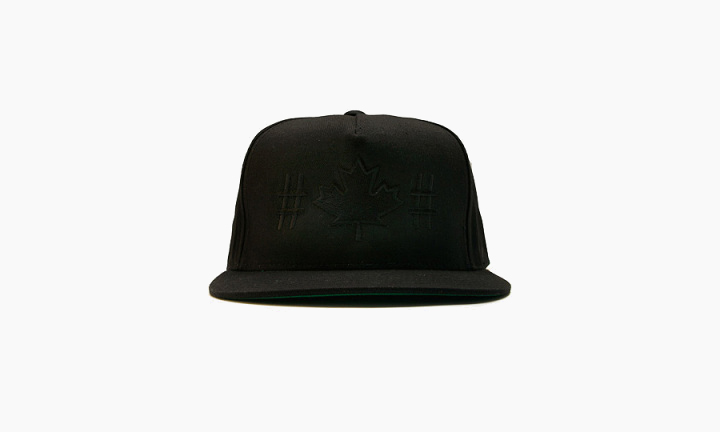 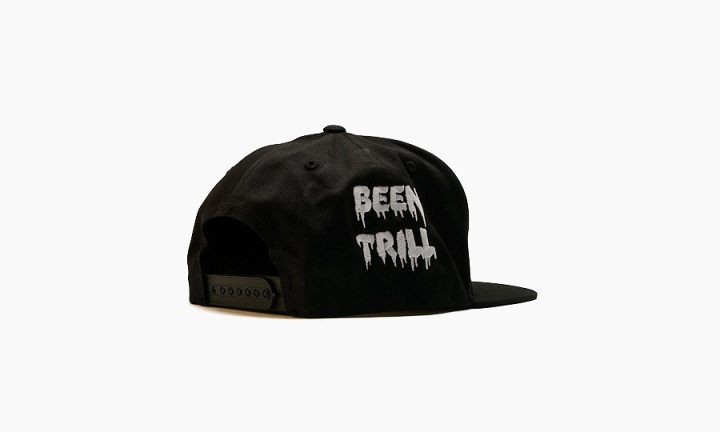 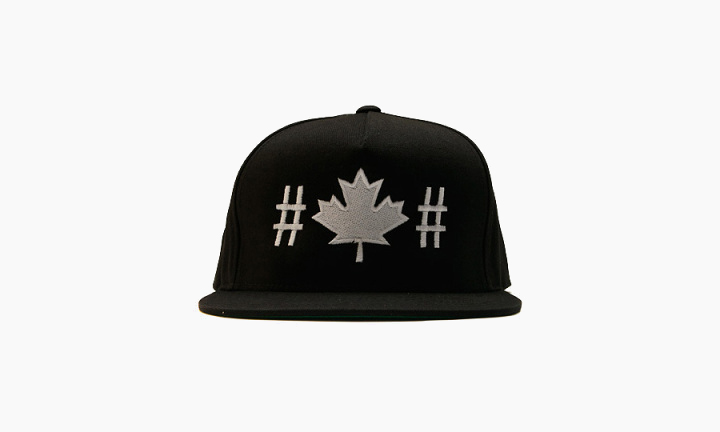 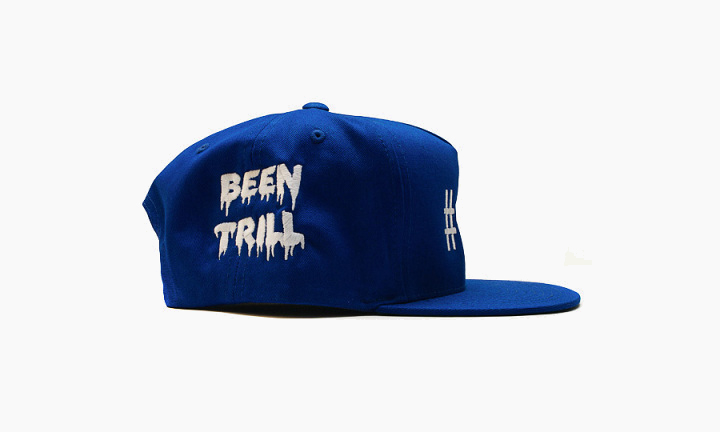 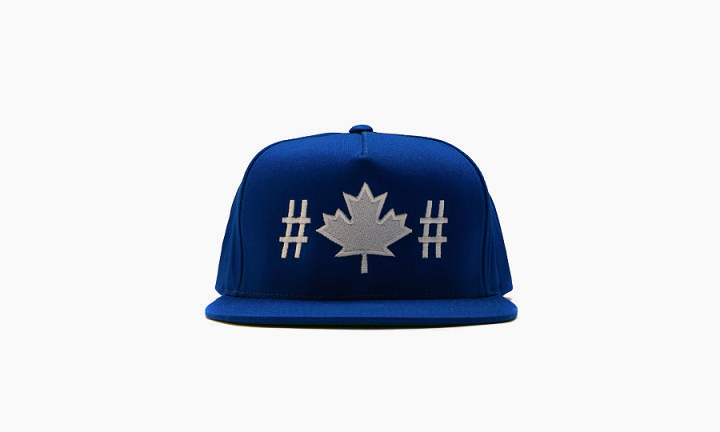 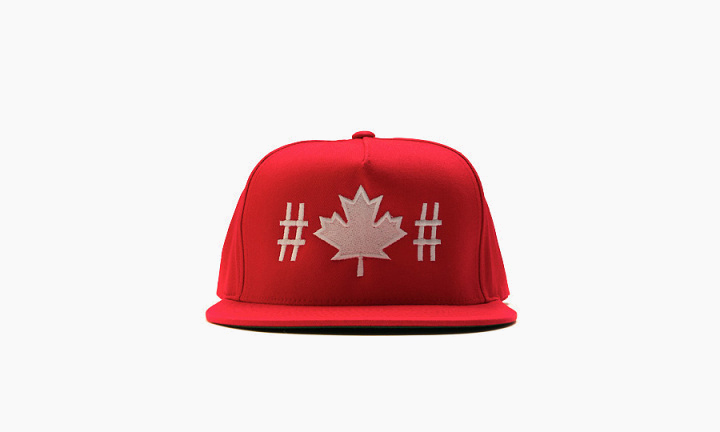 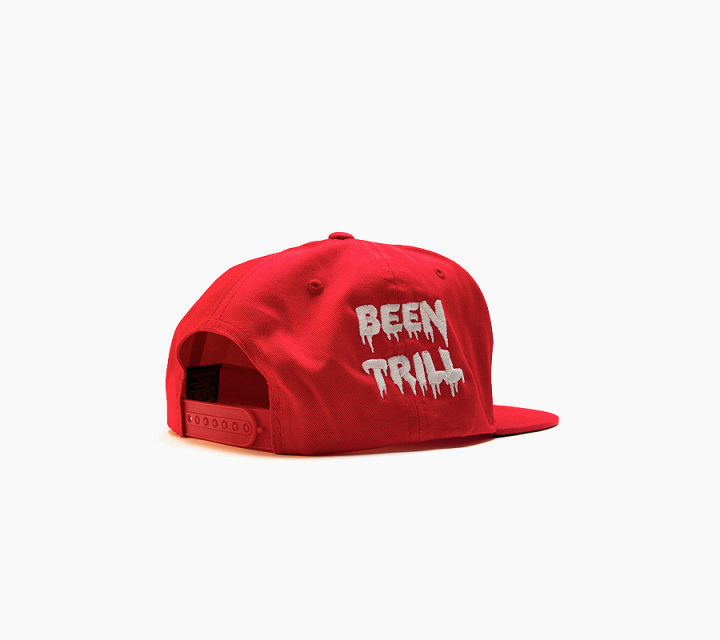 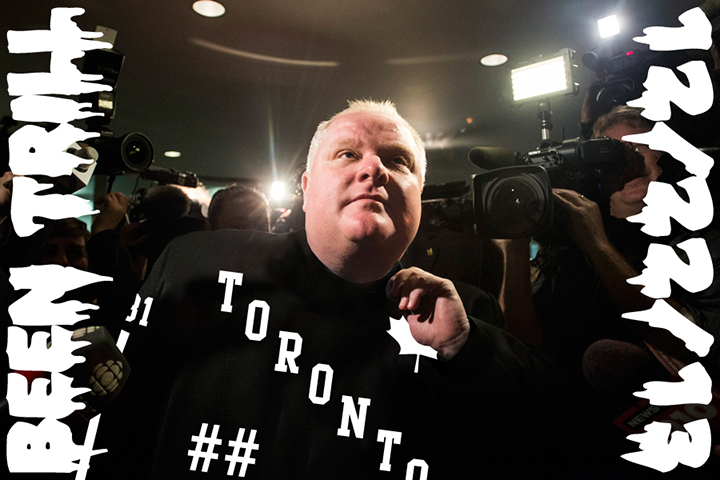