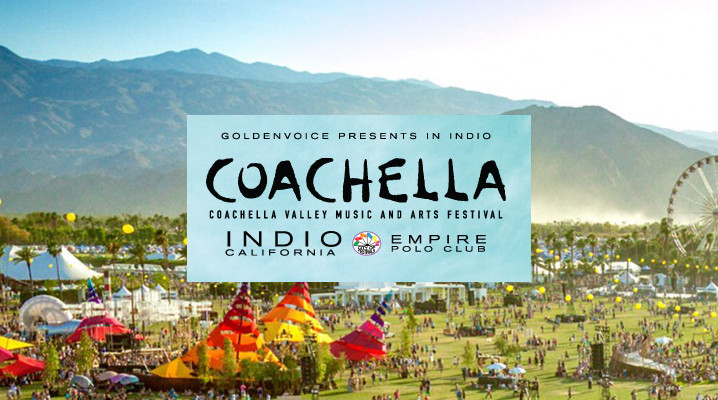 The moment all desert partyers have been waiting for has arrived as Coachella has announced the lineup for 2014 with the festival again taking place over two consecutive weekends, April 11th-13th and April 18th-20th (woo! 4/20!). As was previously rumored, Outkast is reuniting and headlining the first night. British rockers Muse, and festival favorites Arcade Fire and closing out Saturday and Sunday nights respectively. A$AP Ferg, Blood Orange, Chance The Rapper, Flatbush Zombies, Kid Cudi, Nas, Pharrell Williams, Shlohmo, The Internet show the festival’s increasing lean towards hip hop.

Again though, EDM and DJs are taking over the festival with classics like Skrillex, Fatboy Slim, and Calvin Harris mixed in with newcomers like Duck Sauce, Girl Talk, and RL Grime will have countless kids walking around asking ‘Anyone seen Molly?’. Pop stars Lana Del Rey and Lorde are also in the mix.

Having personally gone to the last three Coachellas I can say that the festival has changed, as has its audience. If you’re looking for a raging party then by all means, go hard in the paint. But that trippy hippie vibe is long gone, as is most of the more rock and folk leaning acts.

Tickets go on sale this Friday (tomorrow!) with most of Weekend 1 already sold out with the exception of the insanely high-priced VIP packages. Check out the full lineup below and get your festival information fix over on Coachella’s website. 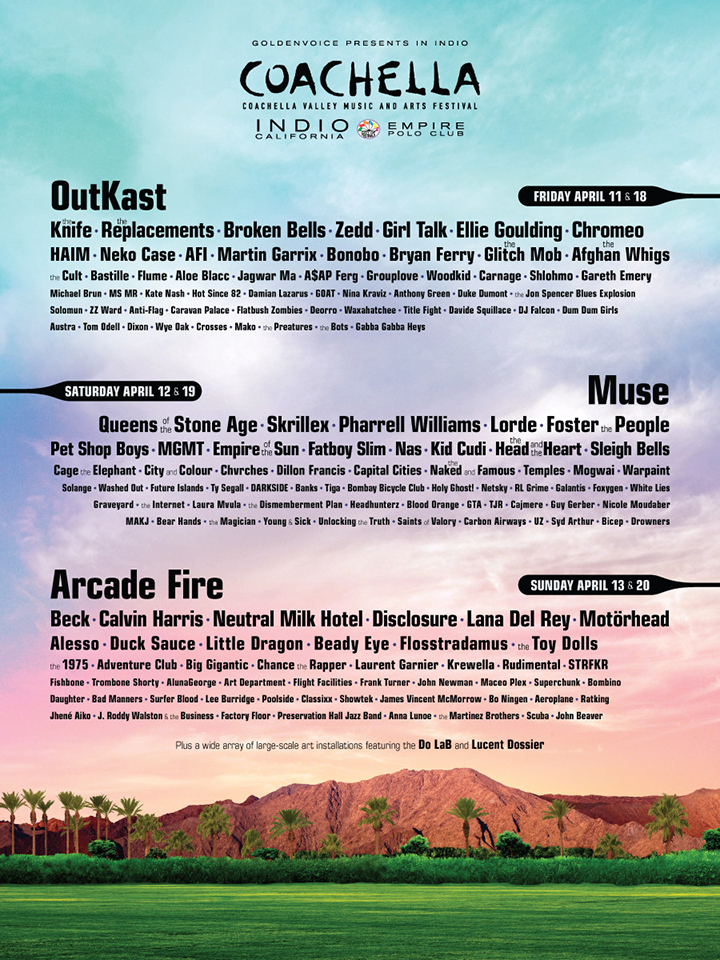