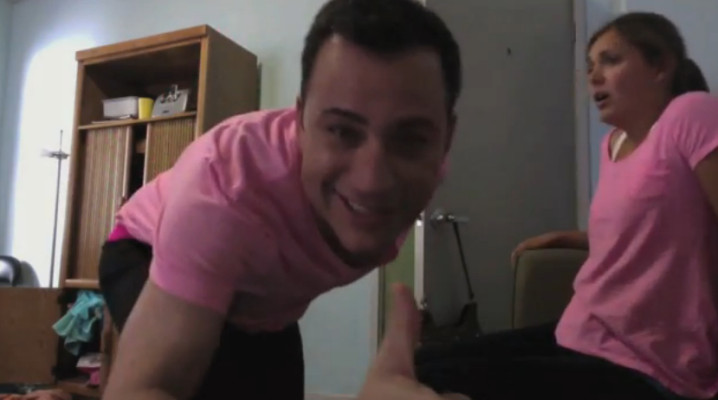 Did Jimmy Kimmel (Finally!) Put An End To Twerking?

on September 10 | in Flicks | by LAfever | with No Comments

It’s no secret that twerking has made its way into the hearts and minds of people around the world, even Morgan Freeman is talking about it. Well, there may be finally some relief from the waves and waves of shitty twerking videos taking over your YouTube feed because last night Jimmy Kimmel may have slayed the proverbial twerking dragon. The so-called ‘Worst Twerk Fail EVER’ where the girl catches on fire was revealed to have been fabricated by Kimmel and stuntwoman Daphne Avalon. Now that news agencies everywhere have been ridiculed could this be the end of twerking videos?