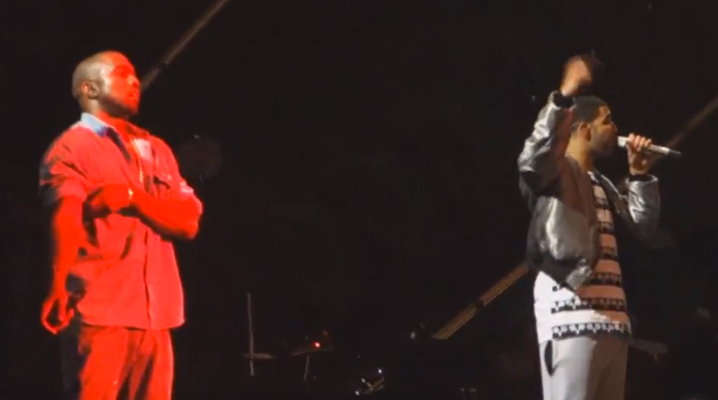 on August 6 | in Flicks | by Squish | with No Comments

Drake the man who has put canadian hip-hop on the map has outdid himeself at this years OVOFest. The festival in canada had a sick lineup! Stevie Wonder, Jay Z, Nas, Eminem, Snoop Dogg (Lion) and Nicki Minaj then the don himself comes out Kanye West who performs a few of his singles and starts his set off with his new joint ‘New Slaves’ before performing a few others like ‘All Of The Lights’ and ‘Can’t Tell Me Nothing’. Before he Kanye ended his set he made a point to give Drake props for what he continues to do by saying “There’s been a lot of rappers in the game that wasn’t able to do something like this for this city, Me and Hov would’ve never made ‘Watch the Throne’ if this nigga hadn’t put pressure on us. So I just wanna pay my respects.” This show must of been real dope. Below is a clip of the kanye’s set.