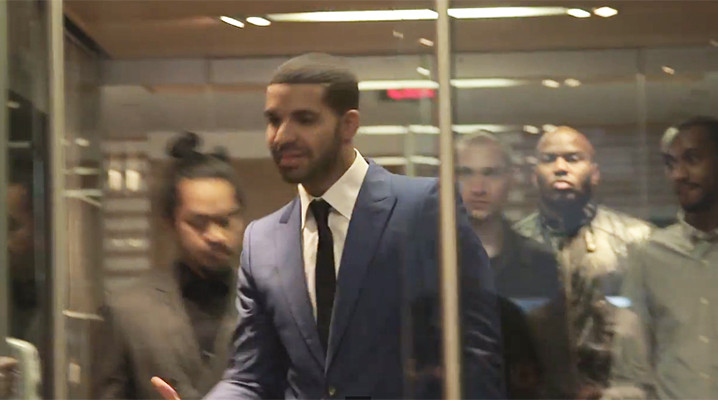 Drake Talks His Love For Toronto And The Raptors

Last month, NBA’s Toronto Raptors announced that Drake would be their first-ever ‘Global Ambassador’. They announced Drake would be responsible for providing creative direction for the team’s new colors and branding, as well as to create a new clothing collection for the team. Today, one month after the initial announcement, the Raptors released a promo video with Drake speaking about his love for the city and what his vision is. Drake said:

“In everything I do I try to channel my city. I always feel like an album is finished when it sounds like Toronto. I love this city more than anything in the world…I want other teams to hate coming to play the Raptors…Everyone is dying to support Toronto. It’s our time, as far as the Raptors go”.

Check out the video below, what do you think Drake can do for the Raptors?