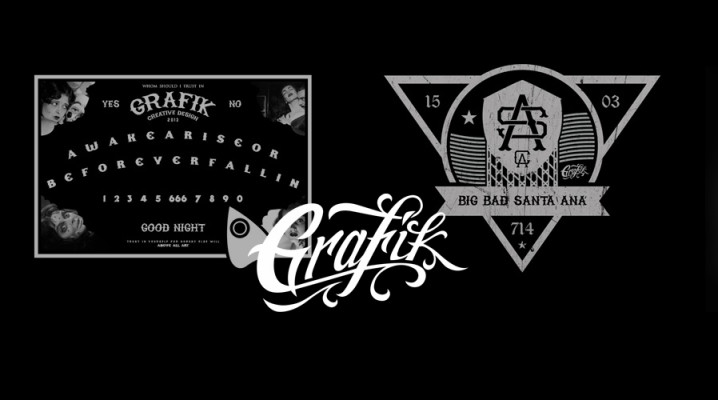 on March 21 | in art, BLOG, bosses, featured, independent hustlers | by LAfever | with 2 Comments

If you’ve been following Dopamine36 for more than a minute you already know that we’re always down with artists and designers making their own lane in the game. Santa Ana artist Garrett Arreguin aka Grafik is doing just that, with his distinctive design style that’s bold yet clean, with a healthy dose of West Coast flavor. We’ve been following Grafik’s work for a while now, and since he’s a local homie it was high time we hit him up to meet the man behind the designs. Make sure to check out Grafik’s brand new site and read on as we chop it up with Grafik about learning his craft, finding the balance between art and business, and life on the West Coast.

FIRST OFF, TELL US A BIT ABOUT YOURSELF, WHERE YOU LIVE, AND WHAT YOU DO.

My name is Grafik and I’m a designer/photographer from Orange County, CA. I’m a product of the 90’s which has obviously screwed me up because any child who listens to N’Sync and then turns around and listens to NWA while abusing a super nintendo because the cartridge doesn’t work is going to grow up a little off. Having young parents who where in-tune with 80’s and 90’s culture, I had inspiration pouring out of the walls. It was inevitable for me to become an artist.

THERE’S DEFINITELY A WEST COAST VIBE TO YOUR WORK, WHAT INSPIRES YOUR STYLE AND HOW DID YOU DEVELOP YOUR CHOPS?

Growing up in the 90’s I think one of the biggest influencers in terms of my style most likely stemmed from skateboarding. Since my parents are about 10 years older then me, 80’s and 90’s music/imagery has always played a huge factor in my creative process, but the graphic arts from 90’s skate companies such as World Industries, BL!ND & ZERO to (say the least) is what I found myself admiring the most. 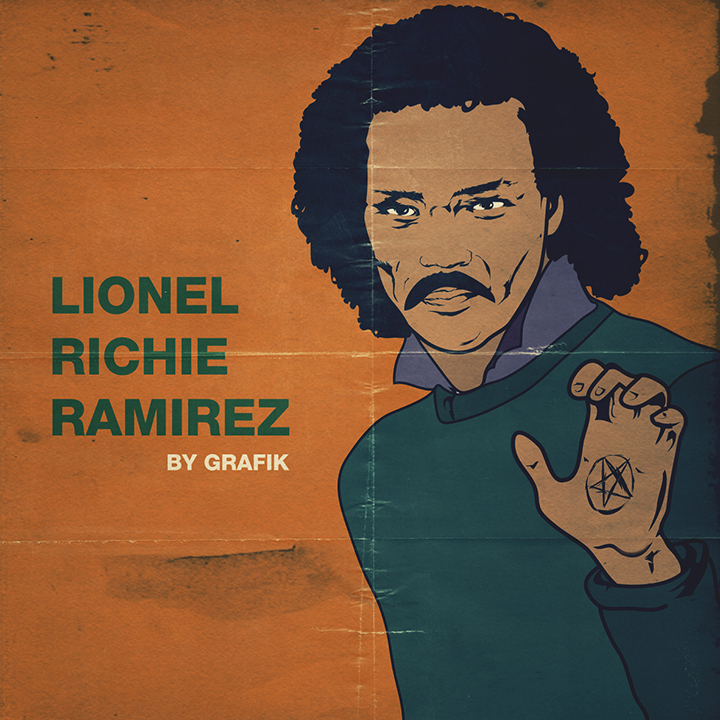 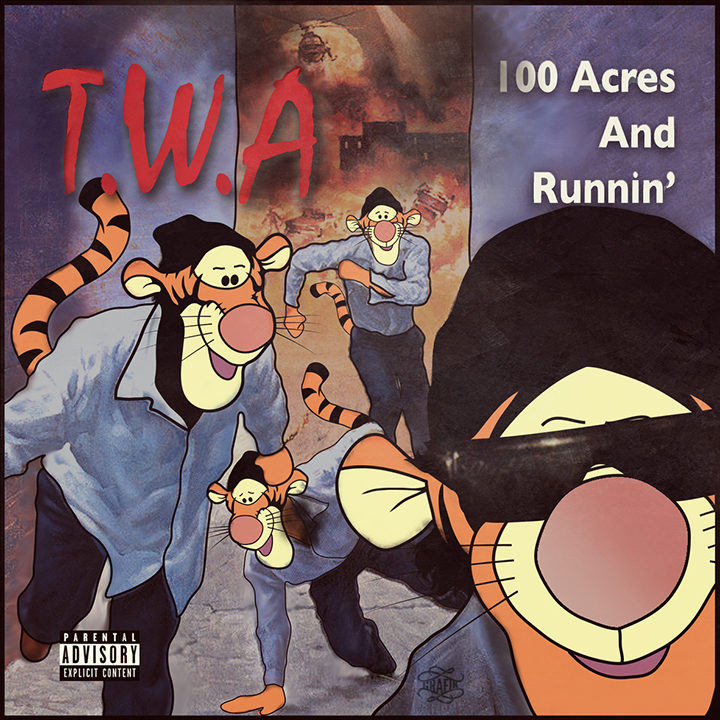 WHAT DO YOU LOVE ABOUT SANTA ANA/SOCAL?

It just feels like home. It’s not too far from where I grew up in the City of Orange and I’ve had family who lived in SA, so it never seemed uncomfortable to be in the city, although outsiders may say otherwise depending on their experience. The Downtown Art District is one of my favorite places to do photo-shoots mainly because of the vibe. You have Yost Theatre next to GCS which is next to a Subway…what else do you need?

LA traffic causes me to feel like a serial killer… I wouldn’t want to be anywhere else. Except maybe Japan or London, It would be cool to be there also.

YOUR PORTFOLIO SPANS ALL KINDS OF DIFFERENT SUBJECTS, FROM MUSICIANS AND ATHLETES TO MORE CONCEPTUAL DESIGNS; WHAT INSPIRES YOU TO START A NEW PIECE?

I’m easily inspired, 90% of the concepts or ideas I come up with stem from simple conversations with people. I could be out with my brothers and one of them says something that turns a light on in my head, then I have to write it down and act on it immediately. I try not to create something without an end result. There are no rules, inspiration is endless, you just have to know where to look and that may take you some time.

WHAT HAS BEEN YOUR FAVORITE PROJECT SO FAR/ONE YOU’RE MOST PROUD OF?

Probably my collaboration with Scoop Deville for a single cover. Scoop called me and asked if I’d be interested in doing a cover for a song he produced with Baby Bash, Snow Tha Product and Paul Wall. I told him I needed to check my availability… half a second later I told him lets do it!

Also anything I work on with my bro Tito Rodriguez from the Pricks. T has always showed me love and given me advice so working with him is always a blessing. Shout out Scoop & Tito.

YOU WORK WITH A LOT OF LOCAL CLIENTS, FROM BRANDS AND ARTISTS, TO BUSINESS AND FAMILIES; WHAT DO YOU LIKE ABOUT DESIGNING FOR THOSE CLIENTS?

It really depends on the client. If I can see that they are knowledgeable and passionate about what they are doing it makes my job a lot easier and I know my work isn’t going to waste. Recently my work has been contracted more from people outside of California. To me, that’s an amazing thing because now it gives me the opportunity to branch out, grow as an artist, and hit demographics of people I would have never imagined in a million years. Truly humbling.

IF YOU COULD DO AN ALBUM COVER FOR ANY ARTIST, WHO WOULD IT BE?

WHAT IS YOUR BIGGEST CHALLENGE AS AN ARTIST?

My biggest challenge is people not understanding the time that’s invested in design, as well as not wanting to pay and feeling like I owe them something because they have a name for themselves to some extent. I work with a lot of people who have a following or fan base already, and from that comes these far out egos that I deal with, and they expect me to only work for them as well as dictate my work ethics. If I wanted to only work for someone else, I would put the pens down and go work a 9-5 at Taco Bell. My job is to create, I do this because I have a passion for it, plus I can’t function like a normal person who is content with taking orders. What artists don’t realize is THEY are the ones who put together the face of someone’s business, bring someone’s concepts to life, and supply a platform to benefit the person who is more often then not taking advantage of them. If you can think outside the box and bring those ideas to life, why wouldn’t you just run with that on your own? 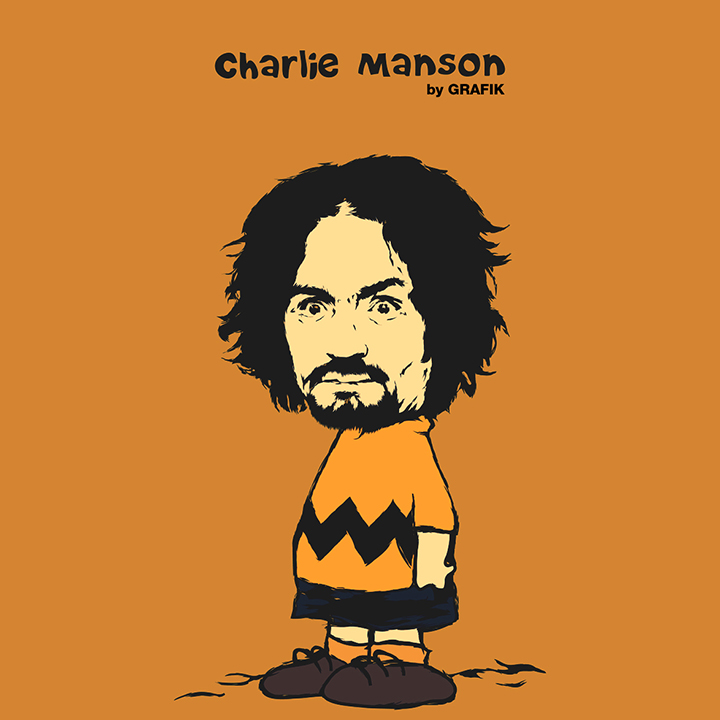 YOU JUST LAUNCHED YOUR OWN MERCHANDISE LINE, TELL US ABOUT THAT AND HOW IT CAME TOGETHER?

Since I can remember, I’ve always wanted to design my own products and with the knowledge I’ve obtained over the years I can now properly do so. Everybody and their grandma wants to have their own “brand” and best believe my grandma is one of them. I don’t want to create a brand so much as to just release merch of my personal work. I can care less about having a brand… Just a product people can rock if they support my nonsense. Who knows what the future has in store, someday I might have a brand but then again I might work at Taco Bell if this shit doesn’t work out… but on a serious note: I find myself being the focal point for other peoples financial ventures in product and creativity. Although it’s not about money it is when everyone else is pursuing their dreams and I’m getting put on the back burner walking away with skittles and a headache. Doing my own products is a way for me to retain ownership of my creative ideas. 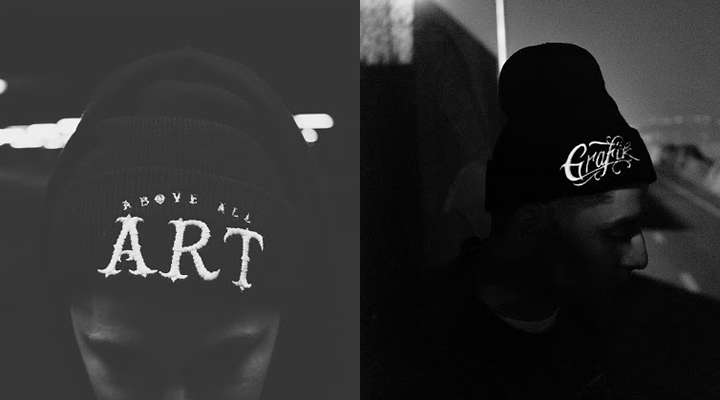 YOU ALSO HAVE A BOOK COLLAB COMING OUT WITH PHOTOGRAPHER JEFF “ECHO” REYES, TELL US ABOUT THAT PROJECT.

Jeff is a good friend of mine, the dude is an amazing Director and Photographer to say the least. He came to me with the idea when he was trying to think of the book title. After several hours and 300 names “Under Exposed” was birthed. The collaboration between me and him is a special edition version of what he put together from his photo work. His approach to the imagery is vastly different then what I’m used to, mainly because he merged a sort of glamorous photo style with a dark and twisted feel. The book is definitely explicit and I don’t recommend your kids taking it to show-and-tell at school but then again if they do, they would immediately become popular and successful in life. He told me I could do whatever I wanted so I put together some page titles based off of the imagery and designed logo types for them as well

LASTLY, WHAT’S NEXT FOR GRAFIK?

I just want to enjoy life doing what I love. Spend time with my family, travel and create.

Much love to Dopamine36 for reaching out! Keep the craft alive!!!

Make sure to check out Grafik’s brand new site for tons more dope shit! On top of being an ill designer, Grafik also is a pretty damn good photographer, check out some of his work below: 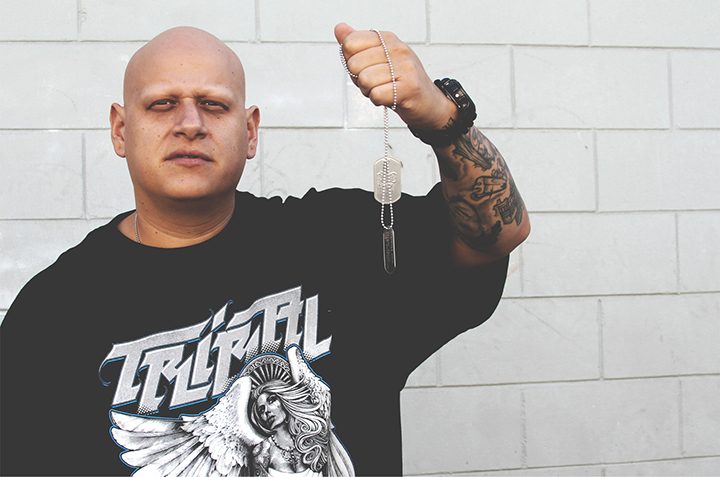 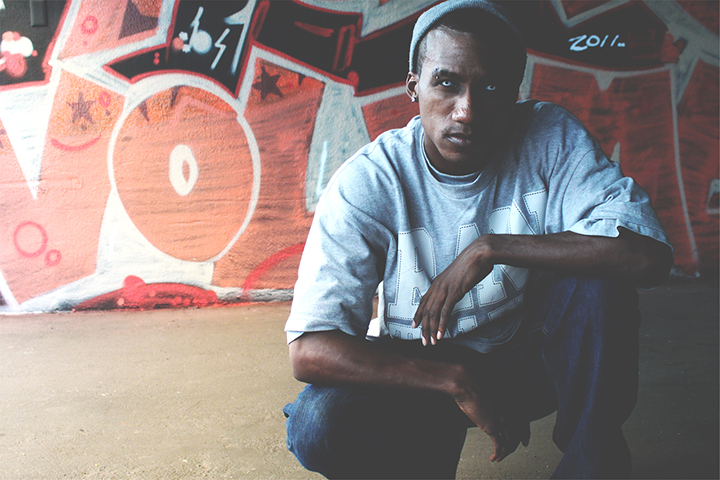 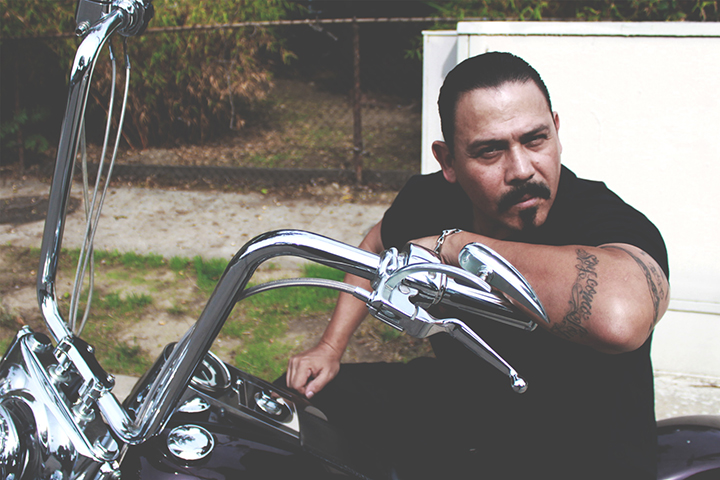 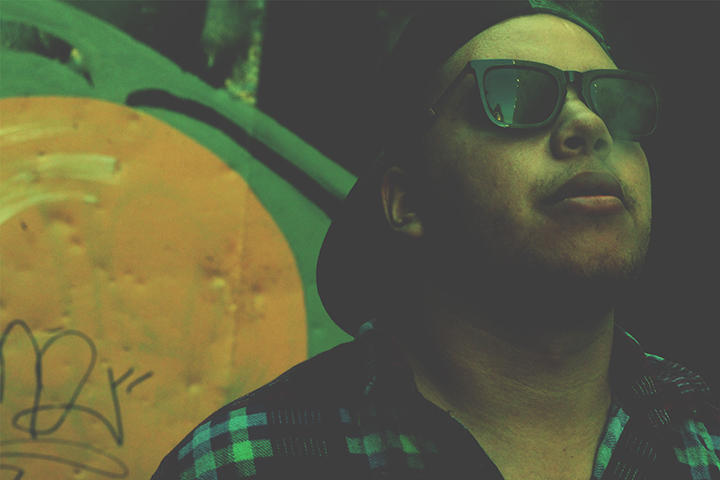