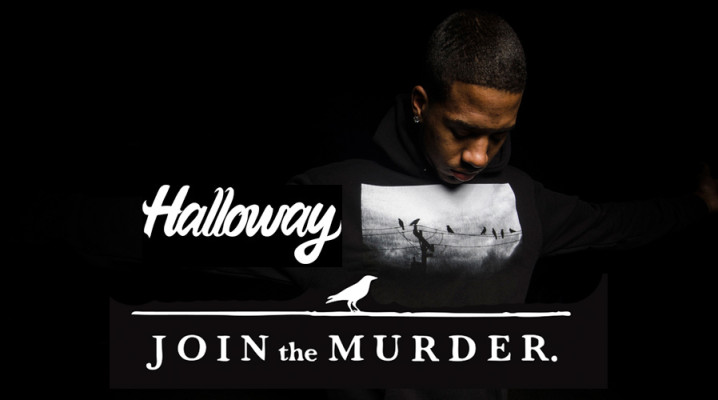 on April 17 | in BLOG, bosses, featured, independent hustlers, Independents | by LAfever | with 12 Comments

The best part about trade shows is meeting new brands that aren’t from your neck of the woods and chopping it up with them about the scene in their town. We met Halloway earlier this year at VENUE and were immediately impressed by their gear and their professionalism. Virgilio and his team made the trek all the way from San Jose to represent a growing streetwear movement up North. Along with heavy hitters like Breezy Excursion, Halloway are drawing attention to a growing Northern scene beyond the Haight Street stronghold in San Francisco, proving that with strong goals and a killer work ethic you can build a solid brand anywhere. What’s also impressive about this team from San Jose is that most of them work a 9-5 so they’re grinding after hours and still dropping great product. In fact, Halloway made our list of best cut-and-sew at VENUE so you know this isn’t a basic operation. We chopped it up with Virgilio, one of Halloway’s founders, about setting goals, making the brand work, and the growing scene in San Jose. Read on and make sure to Join The Murder and follow Halloway on Twitter, Instagram, and Facebook! 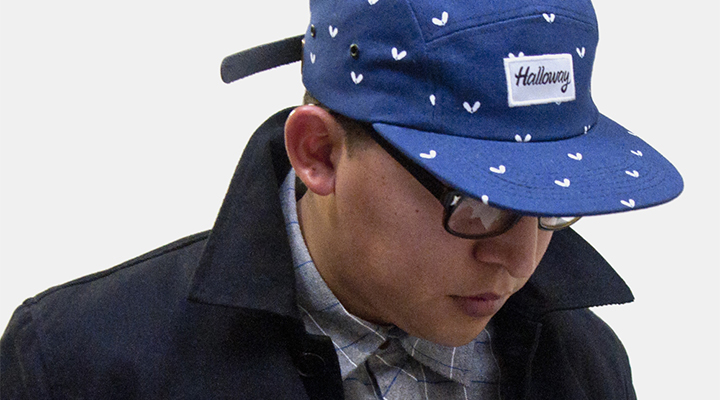 HOW DID THE BRAND COME TO BE?

We all got together from separate groups. We all had ideas about starting up a clothing line, each for their own reasons. We all grew up in San Jose, and had common friends, but never actually pulled the trigger when it came to starting a line. Then one of the owners Nate, called a few of us up one day like, “I bought a bunch of shirts, now we got to do something with them” From that point, we had a few meetings, came up with a concept we all could agree with, and with a little work, some arguments and some negotiations, here we are now.

WHAT DO YOU THINK HAVE BEEN SOME OF THE KEYS TO YOUR SUCCESS SO FAR?

We’re a family. We laugh, we party, we argue and we find resolutions. At the end of the day it’s all love. That’s the main thing. But we all have that drive to make this happen. I remember a few years back, we were setting some goals as to where we wanted to be and what we wanted out of Halloway. When we moved offices a few months later, we had already crossed off everything on that board. We know how to have fun, but we also work very hard to accomplish the goals that we set for ourselves.

WHAT HAS BEEN YOUR PROUDEST MOMENT RUNNING THE BRAND SO FAR?

We’ve had a couple, but I would have to say opening up our flagship store in San Jose’s Japantown (592. N 5th Street). Seeing the turn out and the support was inspiring. 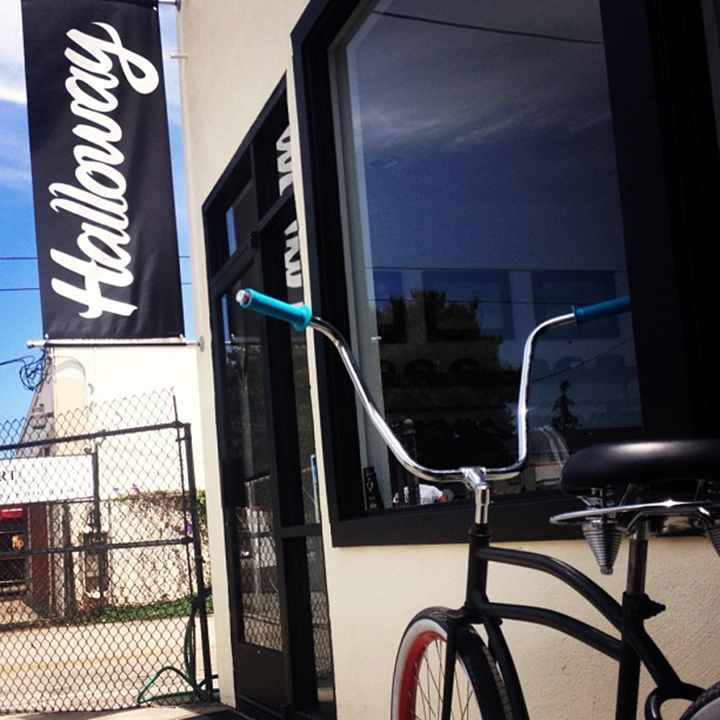 NOW A TOUGH QUESTION, WHAT HAS BEEN A LOW-POINT FOR YOU AND THE BRAND OVER THE LAST FEW YEARS?

We’ve had a lot of rough patches. It’s been a learning experience. We’ve struggled with wanting to push the brand and how far we were all going to take this. We invested our time and money into it all, and sometimes the payout hasn’t always been so promising. But, we’ve all made that decision, just like with our slogan Join The Murder. We’re going to murder this. We started doing it all for fun at a young age, but realized that we could be serious competitors. We ran into the barriers that brought us close to bowing out – dealing with family, finances or other personal issues – but we’ve always found a way to dig ourselves out and come out on top. 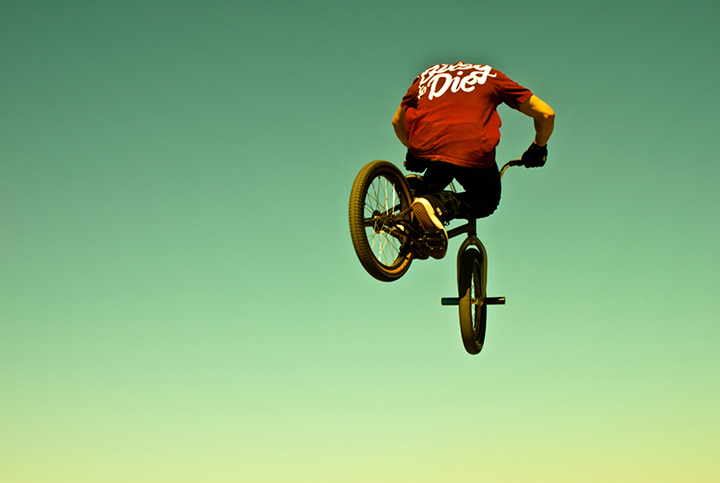 WITH HALLOWAY, BREEZY EXCURSION, CUKUI, AND MORE, THERE ARE SOME STRONG NEW BRANDS COMING OUT OF SAN JOSE. WHAT’S THE STREETWEAR SCENE LIKE THERE AND HOW HAVE YOU SEEN IT GROW AND CHANGE?

I’ve heard this a few times actually. We’re all competitors but we’re all also family. We’re all located within a few blocks of each other. We’ve had companies come out to check out the scene in San Jose, and regardless who they came there to visit, they’ll be brought around to see all that is going on in San Jose. We’re blessed to be so close to such talented people, because it allows us to bounce ideas off each other, and also to grow together. People will come to see Breezy and walk down the street to come visit us. It’s similar to what LA has going on around Fairfax or SF and Haight. We’re not as big, but we have roots in the city and we love the community.

WHAT ADVANTAGES/DRAWBACKS ARE YOU FINDING WITH BUILDING HALLOWAY IN SAN JOSE AS OPPOSED TO LA OR SF?

There isn’t as much sourcing out in San Jose. We have to travel to San Francisco to check out the bigger trade shows and the bigger manufacturers. The scene is still a kid compared to what people have in LA or San Francisco, but it allows us to create our own voice, and be seen apart from what is coming out of those two cities. They already have big brands that have emerged out of those cities. San Jose is striving to get there and hopefully get bigger.

YOU GUYS JUST PARTICIPATED IN THE SAN JOSE BEERWALK, TELL US ABOUT THAT EVENT.

Each of the past few years, a local bar gathered a bunch of breweries to team up with local shops in Japantown and serve beer. Basically, people purchased tickets and got to walk through to each stop and sample a beer that they might not have tried before. I wasn’t scheduled to work that day, but they gave us two free tickets to the event, so I got to visit some of our friends at the local shops and get a good buzz going courtesy of the good folks at Karl Strauss. It brought in people that might not otherwise know about the brand, and bring in a greater sense of community.

WHEN WE MET YOU GUYS AT VENUE WE WERE IMPRESSED WITH YOUR ‘UNION COLLECTION’, WHAT INSPIRED THAT RANGE?

We wanted to do something that you could wear to work but also wear on a night out. That’s why you can see the accents in each one of the pieces. The corduroy on the under collar and back panel of the union jacket or the plackets on the button ups. We wanted it to be simple and clean, but still have that pop to set it apart. 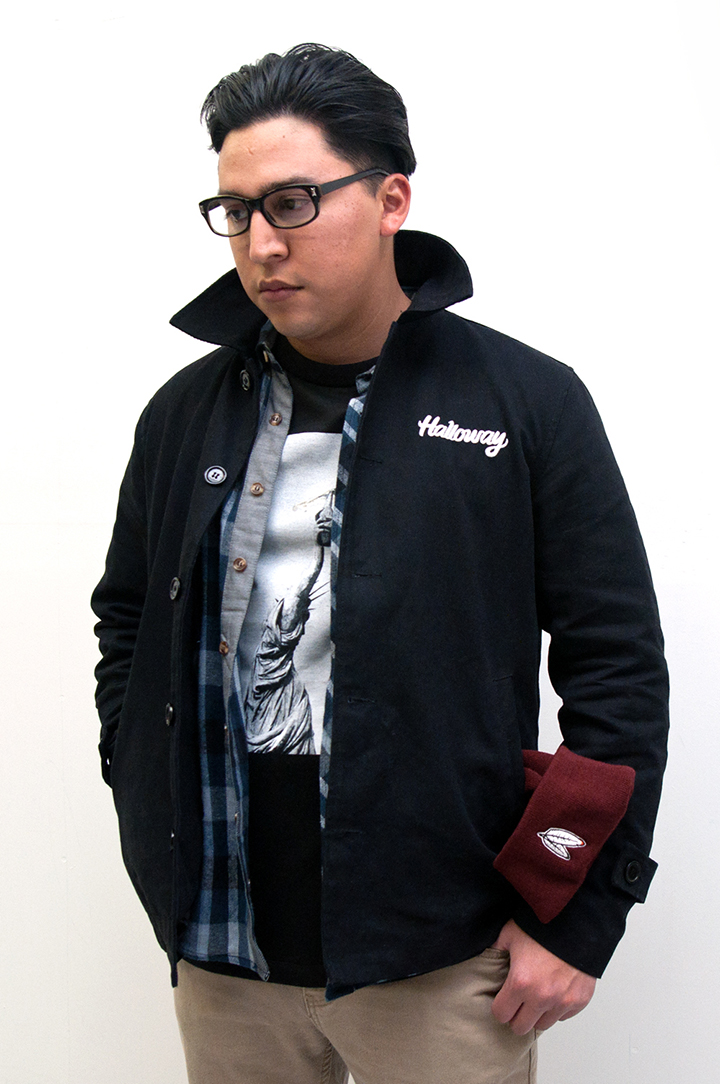 WHAT WAS THE BIGGEST CHALLENGE GETTING INTO CUT-AND-SEW?

There was a lot more to it that we had anticipated. We didn’t know where to start, but once we did, we realized that there was a lot for us to learn. From selecting fabric, to finding the right sizing, it’s a lot of testing and reworking. Things that could be fun, but are still at the same time work.

LASTLY, WHAT’S NEXT FOR HALLOWAY?

We have a lot of new things coming up for Halloway. The design team gets together frequently and it always amazes me, the things they come up with. We’re working with some of our riders Matt Montoya and Donghoh Han on finding some more function for the cut and sew that we’re doing. What challenges do they face while they are riding and what can we do to combat those things. We like to create, but we also want to innovate. The work coming out the next few years is going to be solid.