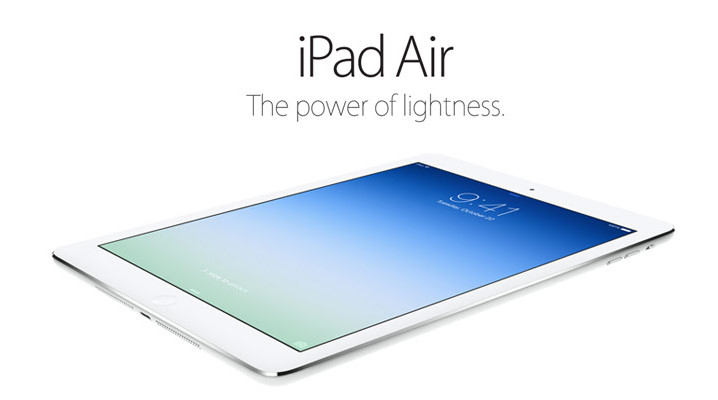 on October 22 | in Music, News, Streetwear, tech | by Squish | with No Comments

Apple the market leader in tablet devices continues to hold that position with the announcement of their latest tablet in line, iPad Air. So what is the big deal with the new tablet? Lets start with the phsyical body of the device, weighing in at 1 pound the new iPad Air, is the lightest iPad yet. While not having held one yet I imagine it’s like the first time you pick up an iPhone 5 and are surprised about the weight. Not only is the device lighter it is being boasted by Apple as 20% thinner making and still about 10 inches screen size with a retina display of  2048 x 1536 this is easily the best full sized tablet thus far.

Not enough to get you switch over from your current tablet? What about featuring the upgraded A7 processing chip?  Everything should now be lighting quick, including multitasking, games and video streaming. The tablet can also run twice the speed of previous iPads.  All of this increased power has to mean shorter batter right? Wrong. The iPad Air still has up to 10 hours of battery life depending on usage. Coming pre-built with ios 7 the two were meant for each other.  Available online and in Apple Retail Stores on November 1 starting at $499 this is an auto cop. 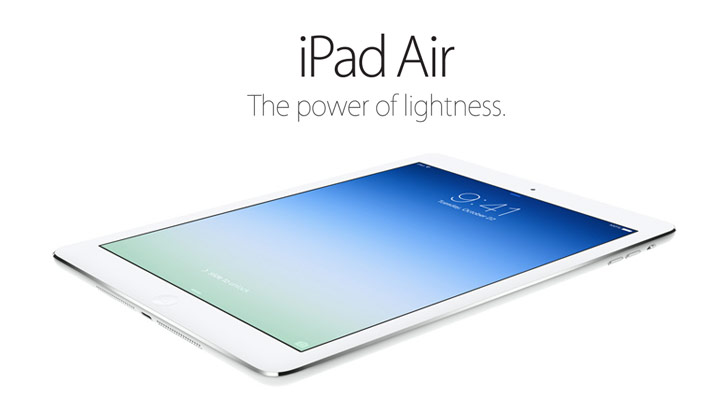 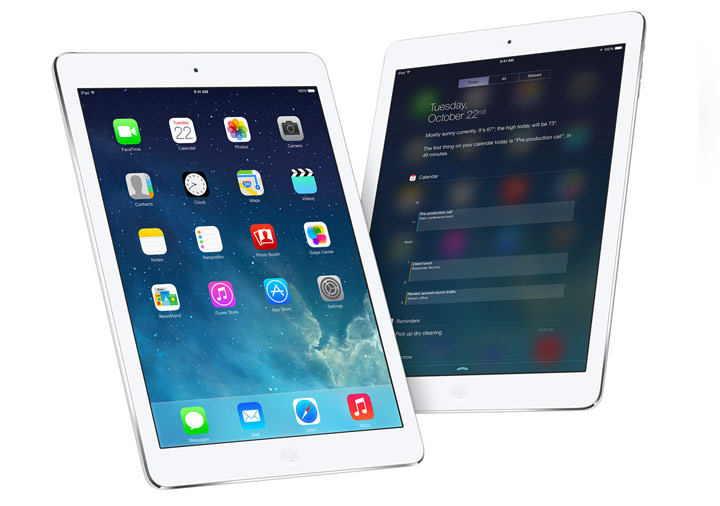 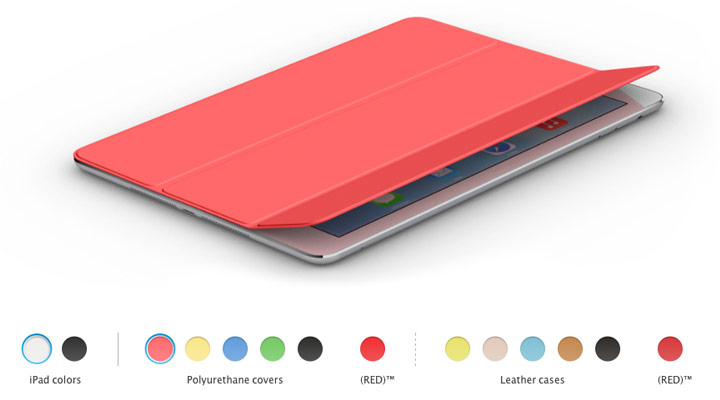 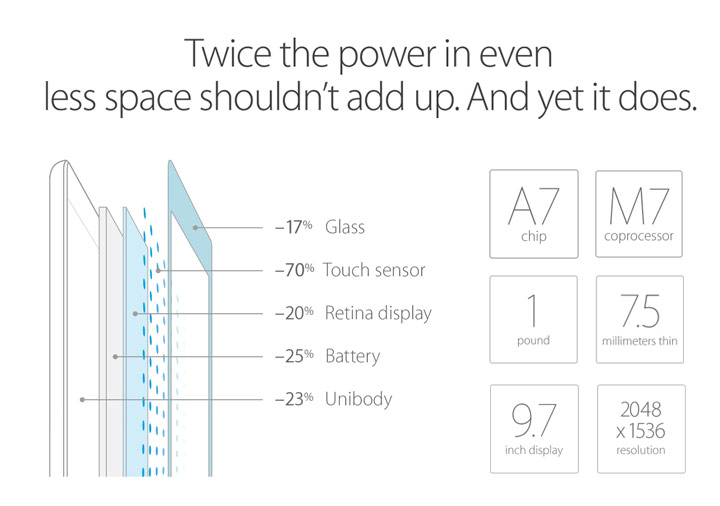 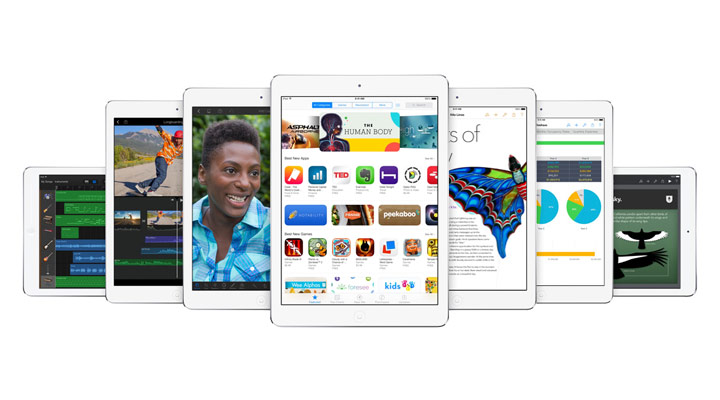 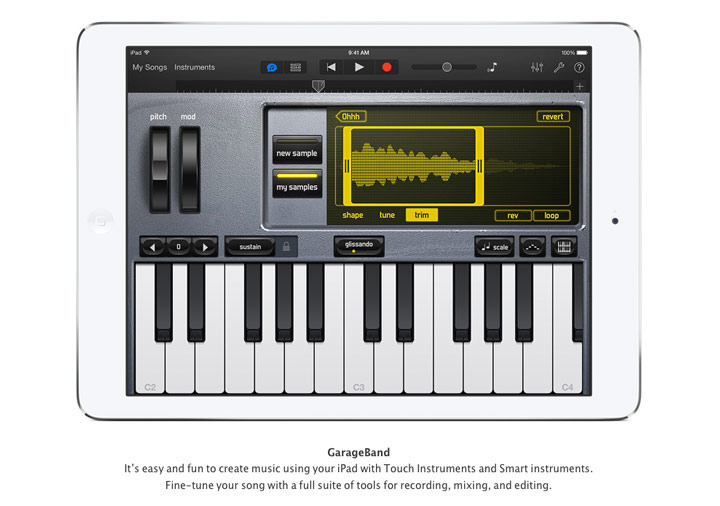