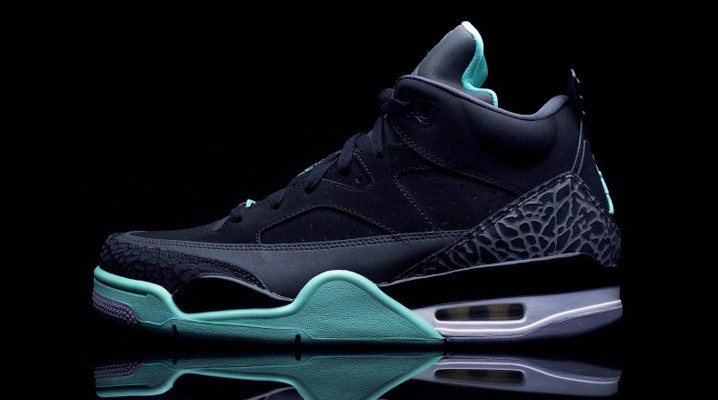 These Jordan son of mars ‘green glow’ are just straight nasty! We have highlighted a lot more flashy J’s as of late but its about time the not-so-flashy get a pair they can rock everyday. These kicks feature a very minty green highlight on the the top of the tounge, jump-man logo on the back of the shoe and at the bottom that goes from the mid sole to the toe. A spotted fabric looking almost like leopard is at the bottom heel and toe area giving the shoe lots of interest. At the midsole there is a dark black plastic piece similarly found on other J’s all in all this is a serious must cop for anyone who hasn’t copped a pair of J’s in awhile. These drop at the end of the month, august 31st.