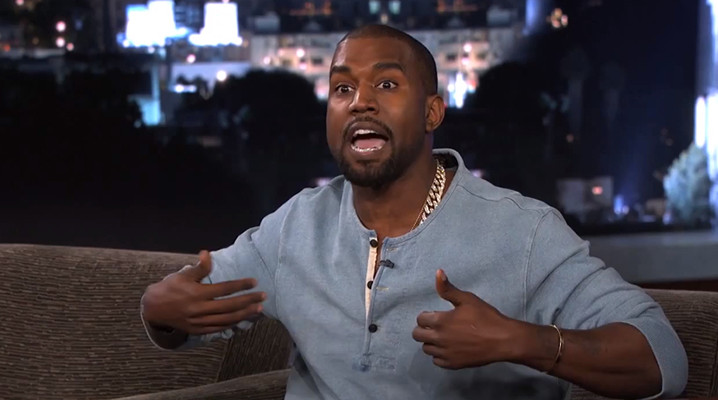 Last night, the internet held its collective breath as two of pop cultures biggest figures right now met face-to-face to shoot the shit and clear the air. In case you forgot, Kanye blew up his twitter in a series of (sometimes hilarious) rants in response to Kimmel’s spoof of Ye’s interview with Zane Lowe on BBC Radio 1. Kanye stopped by Kimmel and took up most of the show with an extended interview talking about all kinds of subjects including their feud, fashion, family, celebrity, power, and yes, leather jogging pants. Kimmel even debuted a new skit where famed opera singer Josh Groban sang some of Kanye’s most memorable tweets. However, unlike Kimmel’s last skit, Kanye liked this one and even laughed. We’ve graciously embedded all six clips of the interview below so you don’t have to find them. Now, join the global message board that’s blowing up calling Kanye crazy again. Can’t a man speak his mind in a non-offensive way anymore?

« Strapback Of The Day: Publish Toro Banksy “Better Out Than In” NY: Day 10 »