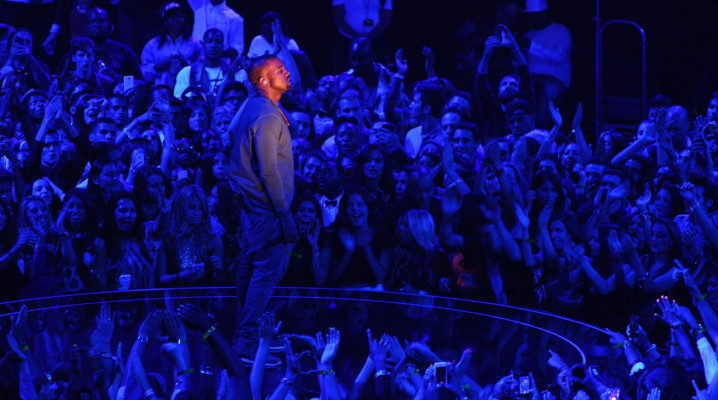 Kanye does sure know how to put on a performance. If you missed it you can check it out here. Kanye performed Blood on the Leaves from his new album. His performance was defenatly different form the others last night. For  his performance there was really not that much of the spotlight on him but more on the visual on the background which was  Steve McQueen’s infamous photograph “Lynching Tree”. However the performance was still dope check it.