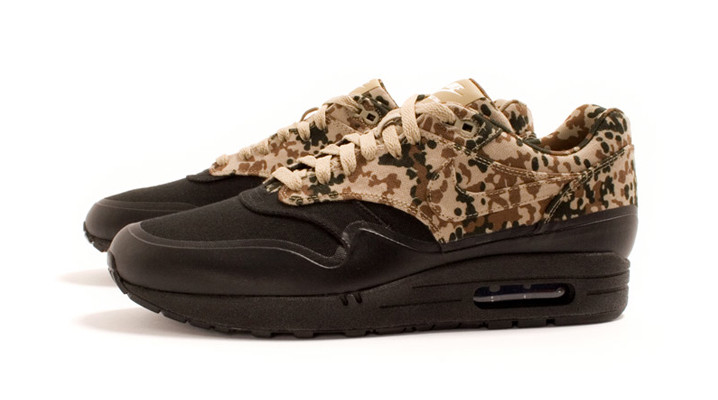 Nike is pushing their borders with a brand new store in Berlin Germany. Nike is releasing a brand new colorway to release at the new store of the beloved Nike Air Max 1 Sp called “Germany”. The shoe features the camo pattern used on the other “Country Camo”  series, the shoe is rounded out with an amazing black, mid sole and sole. Nike is making all of us bitter with only releasing 50 pairs and giving them to friends and family. These if go unworn can sell for a very nice price soon.