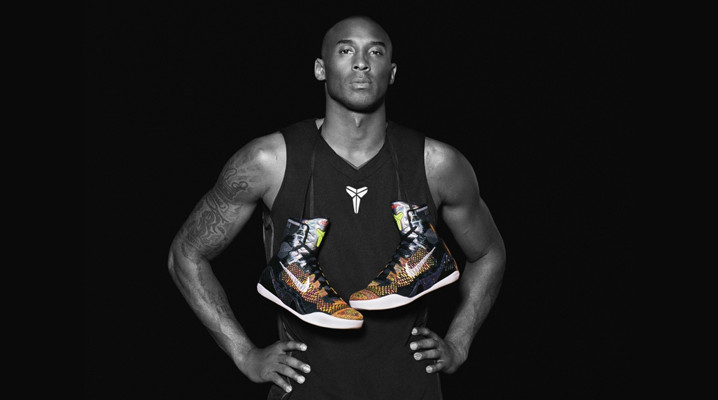 Nike is releasing Kobe Bryant’s new signature shoe and for the first time in years it is a hightop. Due to an achilles injury suffered last NBA season Bryant had the following to say “I draw inspiration from where I am as a player, as a person, and where my career is at this moment. I’m trying to do something that the majority of people think is impossible to do, I let my emotions out when I step on the basketball floor, it’s always been my escape, and these shoes will touch a nerve on the court in the same way I do.”

With a return to a hightop and added ankle support the new Kobe Elite also features the first time a basketball shoe will feature the Dynamic Flyknit used in other running shoes,  the lightweight material keeps the same feel of the previous Kobe Bryant signature series shoes known for its incredible lightness and flexibility. The shoe designed once again by Eric Avar, shows off 9 red embroidered details where the wearer’s achilles rests at, it seems Bryant is fully aware of the reason for going back to hightop shoes. The shoe cushioning is made of the still amazing Lunarlon midsole and a new outsole featuring the man’s thermal footprint. The first colorway hitting stores February 8th is called ‘masterpiece’. Keep your eyes our for this one. 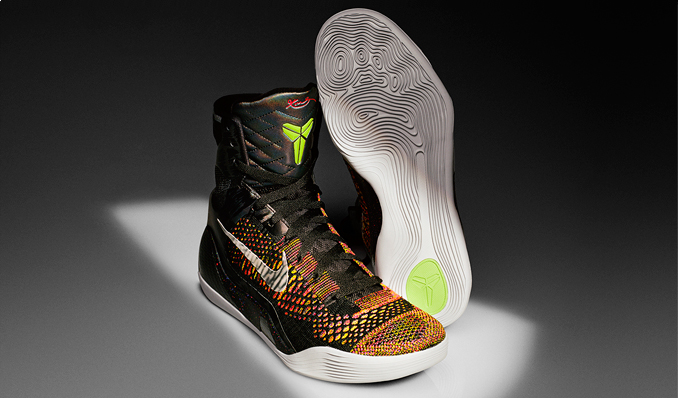