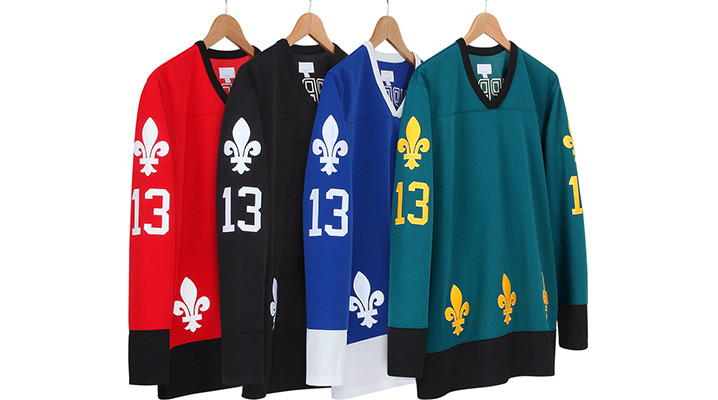 on October 10 | in Streetwear | by LAfever | with 8 Comments

As a Canadian, I can safely say that most Americans don’t fuck with hockey, or at least not nearly as much as football and baseball. Well, while west coasters can play ball all year round, Canadians are freezing their asses off and taking to the frozen ponds in the winter to play hockey. I would totally fuck with this ‘hockey top’ from Supreme, it would be the dopest way to rock the rink. For those who don’t know, this joint is a throwback to the classic Quebec Nordiques jersey, a team that has since packed-up and become the Colorado Avalanche. They nailed the details, right down to the reworked CCM patch on the bottom. Shout out to Supreme for paying tribute to Canada’s culture. Check it out on Supreme’s site and keep an eye out for its four colorway release. 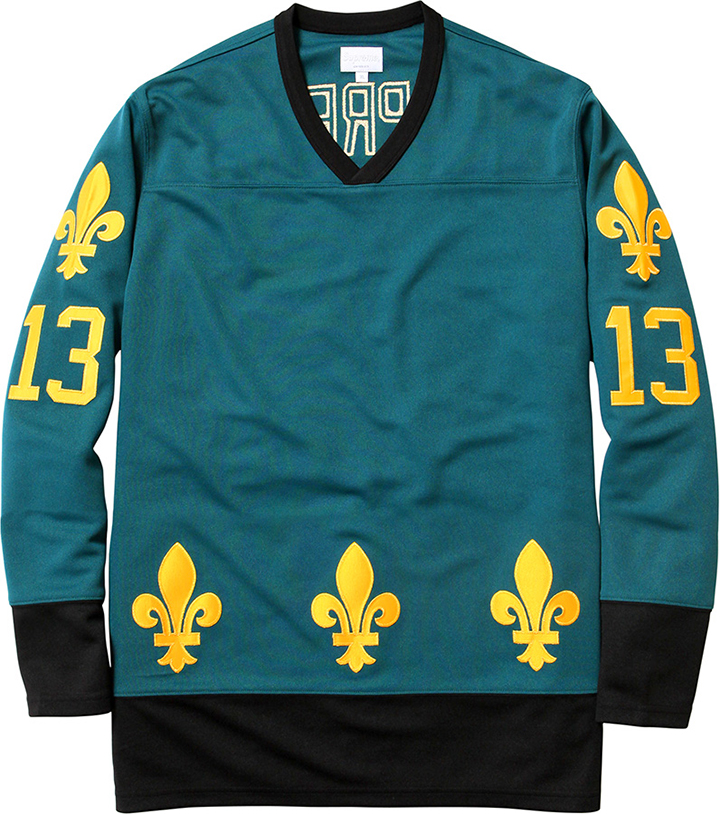 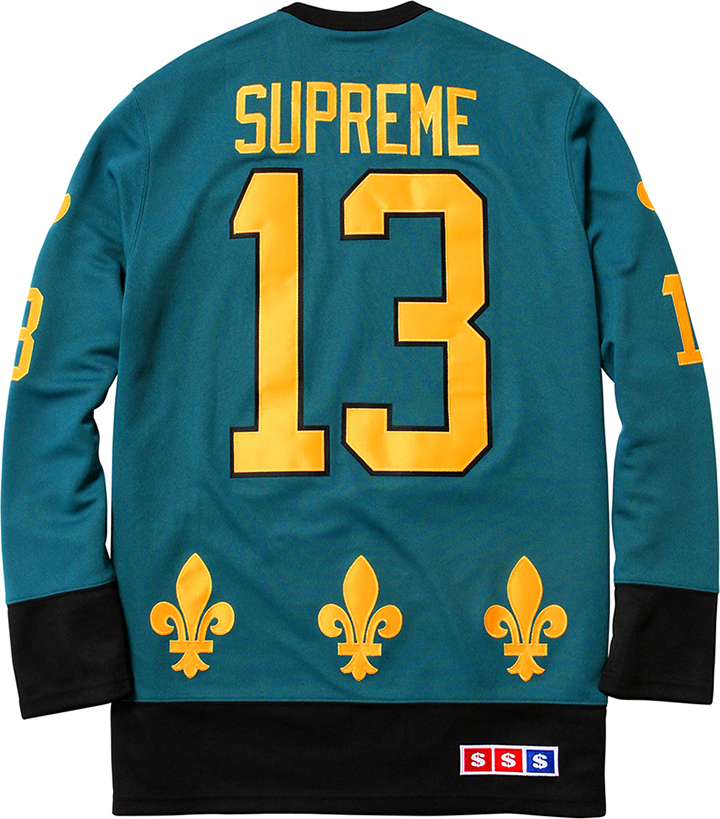