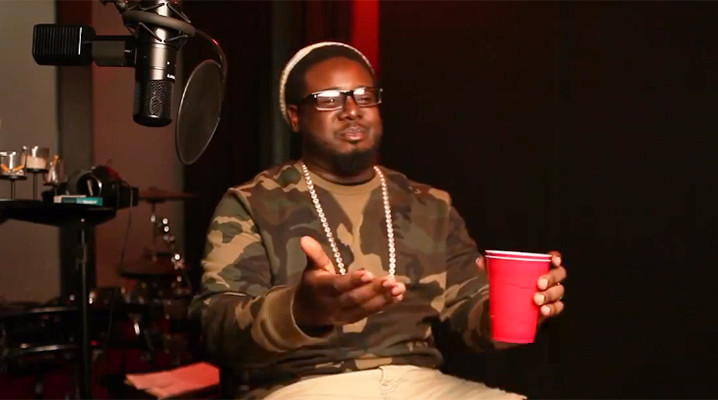 In the past few weeks, the issue of homophobia has been a hot topic in the news. NFL-hopeful Michael Sam came out, Vladimir Putin and pretty much all of Russia have come under fire for publicly denouncing gays, and now T-Pain is in the mix, in a good way. In an interview with VLAD TV, a visibly turnt-up, but honest T-Pain addresses the glaring homophobia in hip hop. T-Pain says simply “If you ain’t gay, then gay things shouldn’t bother you”. He talks about Frank Ocean and how despite being on the blockbuster Kanye/Jay Z album “Watch The Throne”, no one will feature him after he came out, including Jay and Ye. He goes on to talk about his own assistant, who’s gay, and how he feels people avoid him when his assistant is around.

With so much anger and machismo in hip hop, there have been few vocal supporters of gay rights so it’s refreshing to see T-Pain taking a stand, and even going so far as to say he won’t work with anyone who’s homophobic. Check out the full interview below: