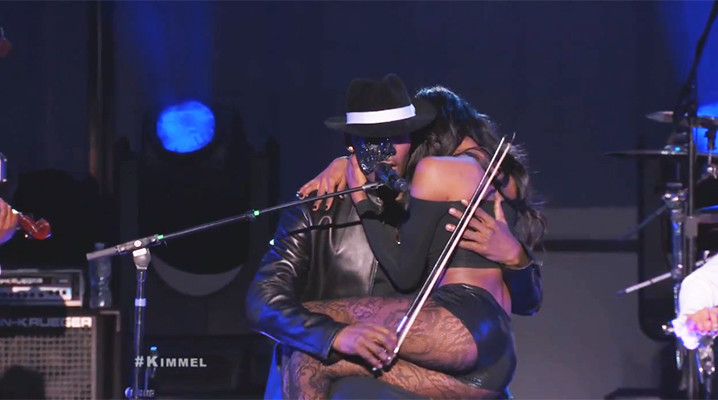 Last night, R. Kelly stopped by Jimmy Kimmel and he shut shit down. First he gave a hilarious and personal interview with Kimmel where he sheds some light on his upcoming album Black Panties and how he hustled when he was younger. He then busted out a pretty epic performance where he re-created the album cover by playing a dancer like a cello.

The show’s other guest, award-winning actor Benedict Cumberbatch, even got in on the action, giving a dramatic reading of R. Kelly‘s “Genius” from the album Black Panties. Fuck 50 Shades Of Grey. Check it all out below!

Part 1 of R. Kelly’s interview with Jimmy Kimmel where he reveals the divine moment when he decided to call his album “Black Panties”