There’s no doubt that the Toronto Raptors are looking to make a major shakeup with their new uniforms. They even hired Drake to have his say. So, word on the street is that the new color scheme might be OVO’s signature black and gold. Although it would be a radical departure from their current red, white, and purple, black and gold would be a bold new direction for the team and would definitely reflect Drake’s influence as Global Brand Ambassador. Let’s not forget, “Drake Night” is coming up on Saturday, January 11th, and promises a Raptors x OVO x Drake Night tee which could be a preview for future brand direction. Speaking of Drake Night, they’re playing the Nets, who are a perfect example of a team that ditched bright colors with great success, when they swapped their red, white, and blue in favor of a black and white/silver combo. The Star reporter Doug Smith takes a deeper look that you can read here. 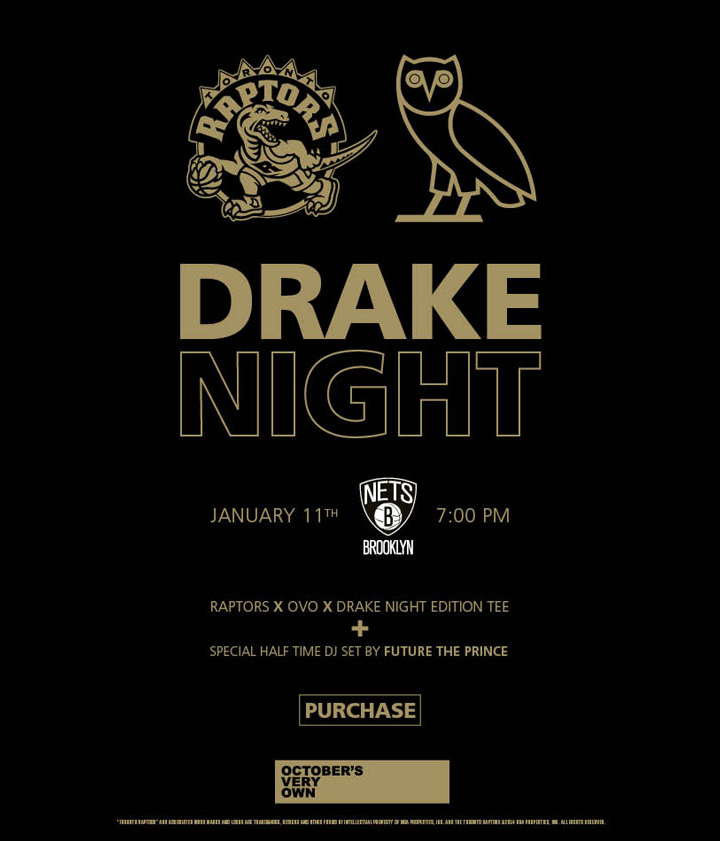