Today, Toyota kicked off the North American Auto Show in Detroit with a big unveiling of their next potential performance model. Created by their California/Michigan Calty design team, the FT-1 (Future Toyota 1) nods to Toyota’s sports car past with models like the 2000GT, Celica, Supra, and the recent Scion F-RS while looking forward with a new pure performance, track-focused model. The design, which supposedly points to Toyota’s future designs, is pretty wild to say the least. The front engine, rear drive layout is about the only conservative element of the design and the car features a wraparound windshield and side windows, a retractable rear wing, flared fenders, wedge-shaped head and tail lights, deep scoops and vents and even a clear panel on the hood to display the engine. Although no technical specs were revealed, drivers can test it out when they make it available on Sony’s Gran Turismo 6 game. Check it out below and start drooling. 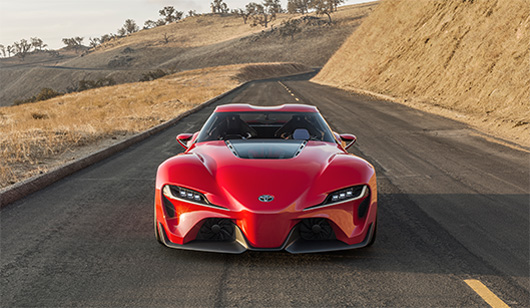 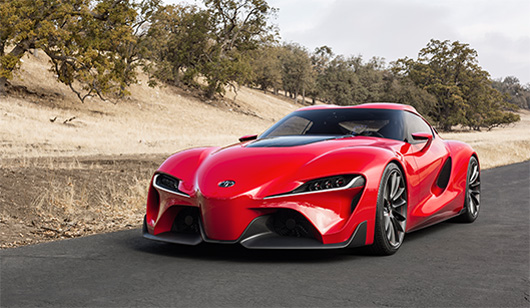 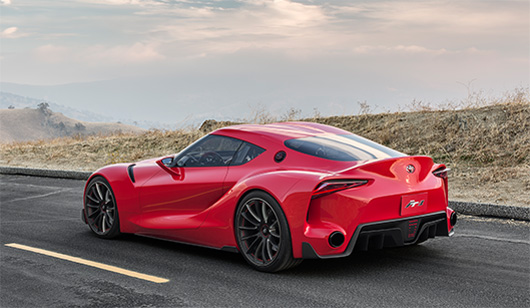 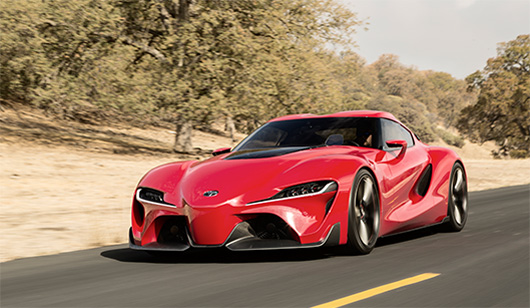 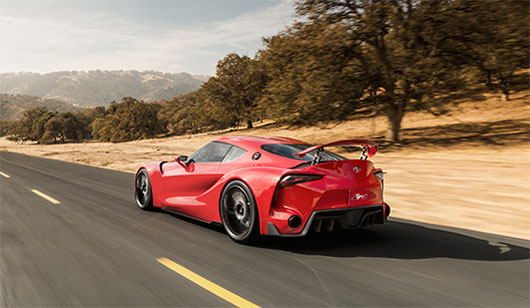 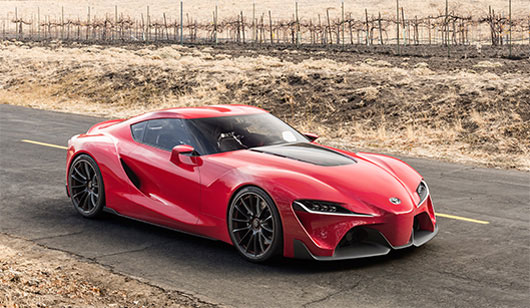