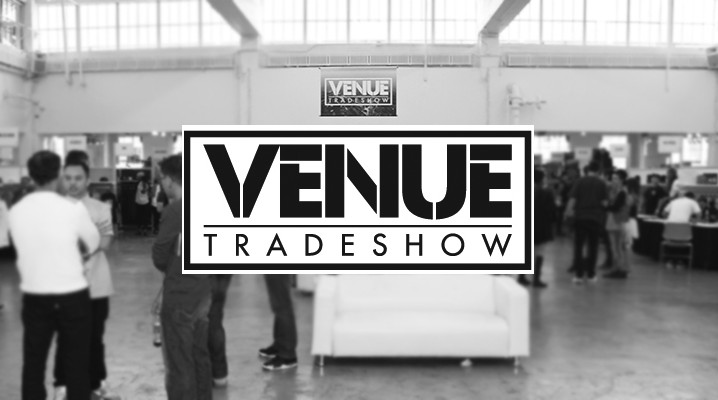 on January 31 | in independent hustlers, News, Streetwear | by LAfever | with 6 Comments

In the first installation of our multi-part recap of this week’s VENUE Trade Show we’re giving you a look at some of the best booths at the show in terms of design and impact. It’s amazing what you can achieve in a 10 foot by 10 foot space as proved by some of these brands. Check out some of our favorites below:

Hands down, the Los Angeles team at CBNC (who we just featured last week) had the most outrageous booth at VENUE. Joemm from CBNC told me they had a bit of an upper hand since their office is also in DTLA but nevertheless they went ALL out. They had taxidermy, they had lights, they had racks, they had amazing gear (including another stunning upcoming collab with Ebbets Field Flannels), they even had a school desk. 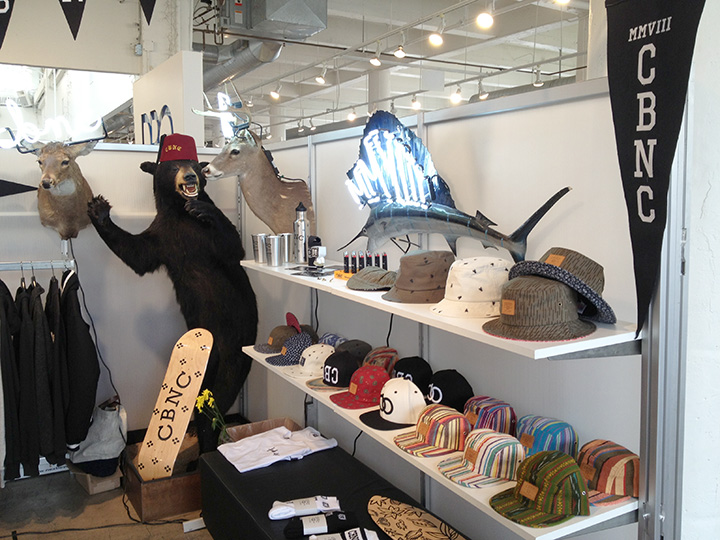 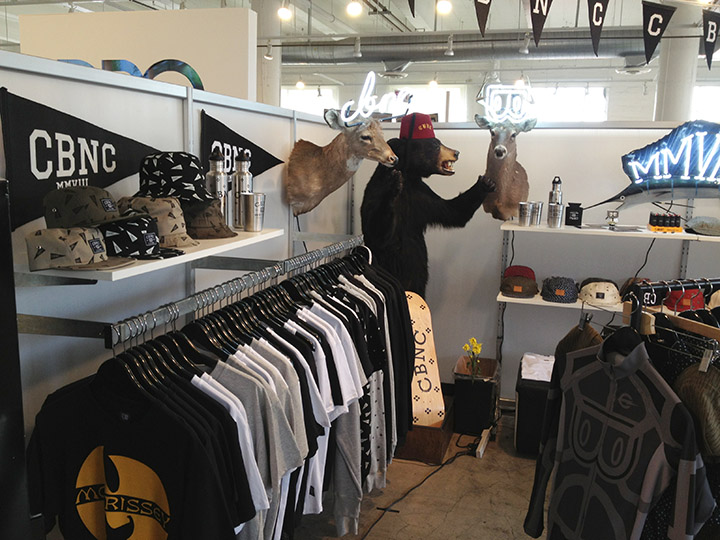 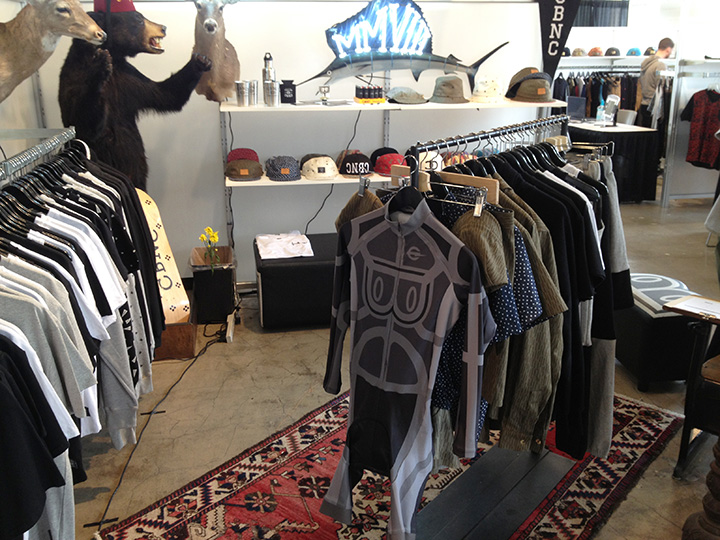 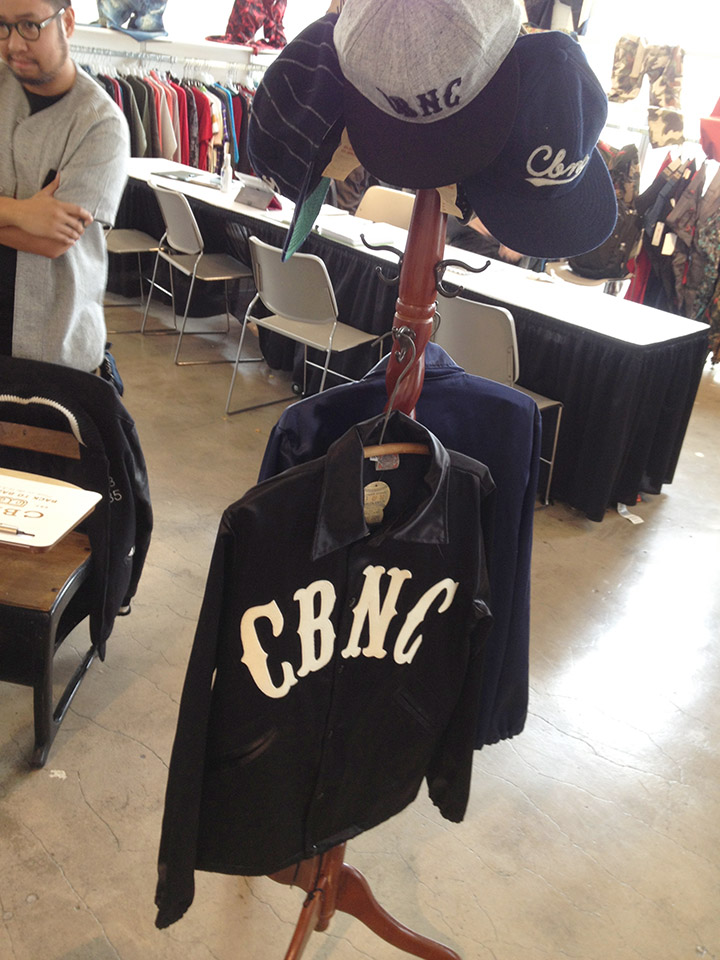 When I was chopping it up with Drew, United Schemers’ co-founder, he told me the brand and name were inspired by those who unite to scheme and build, and their current winter range is on that tip, nodding to the prohibition era. As a result, the booth was decked out like a speakeasy, complete with blacked out walls, wood fixtures, and bottles on the shelves. For spring, there’s an incredible new range coming out inspired by baseball spring training camps so stay tuned for more on that. 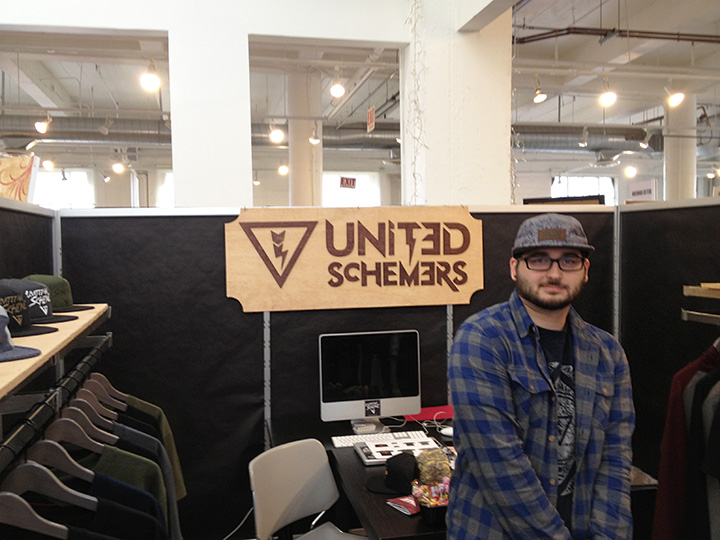 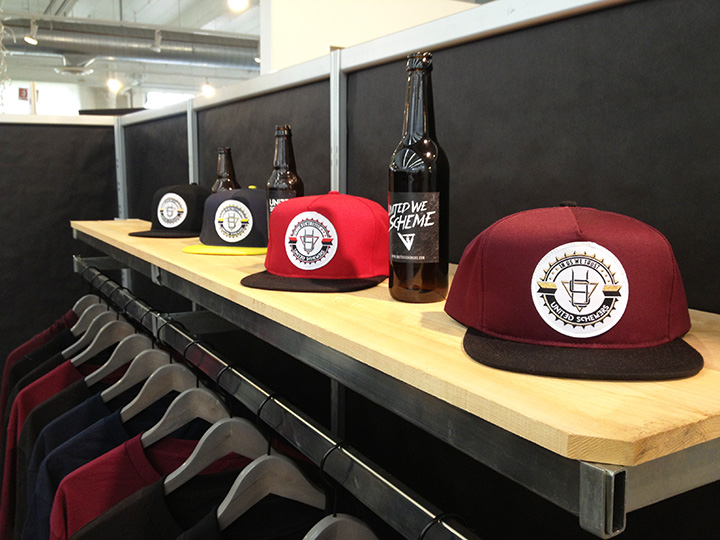 The Pomona-based team at Versalution impressed me with their massive backdrop, constructed entirely out of wood to look like shipping skids. The wood continued with custom carved branding throughout the booth too. On top of all that, they had a TV and some slick merchandising. They backed up the excellent booth with an excellent new range of gear for spring including some fine cut and sew tees. 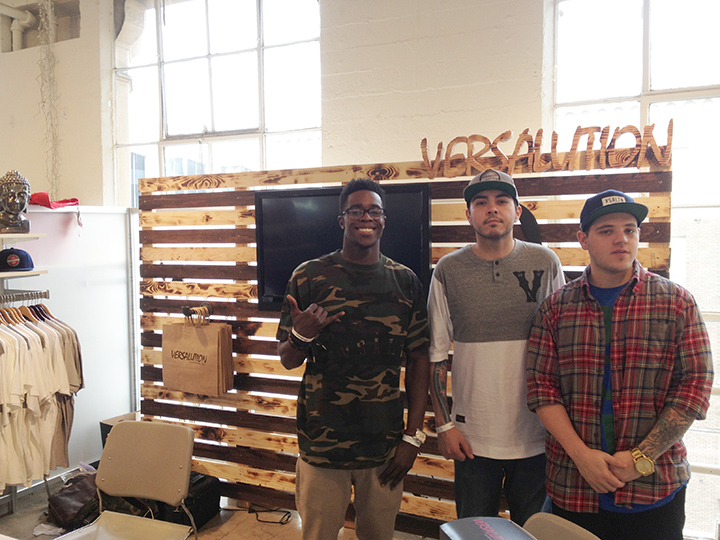 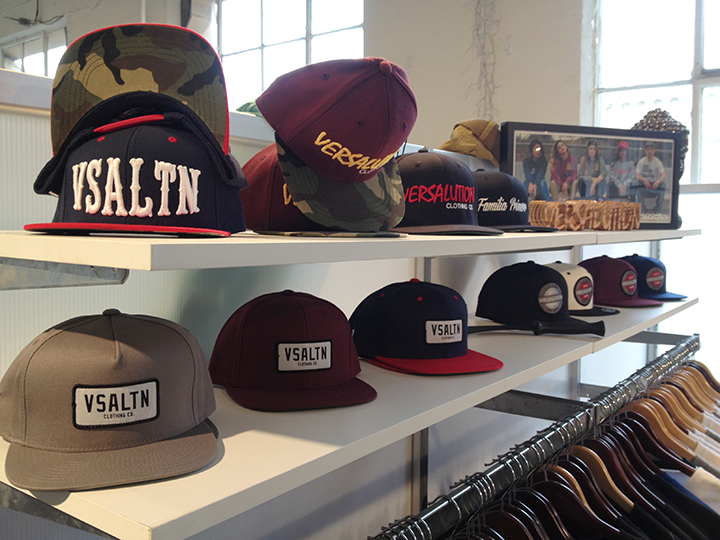 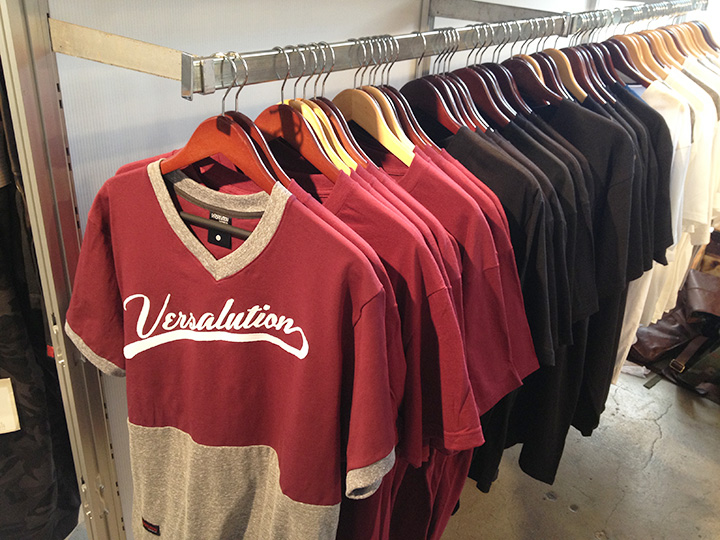 The SoCal vaporizer ambassadors at VAPE Supreme hooked it up in their booth. They created a mini vape lounge complete with a couch, big TV, and a ton of vaporizer gear. Joey and Kimi also told me that they have some big new tech dropping this year that’s top secret right now so stay tuned for more on that. 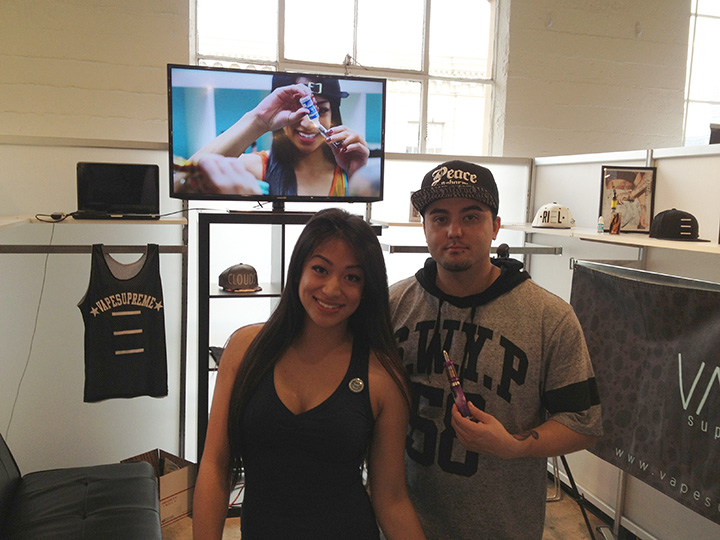 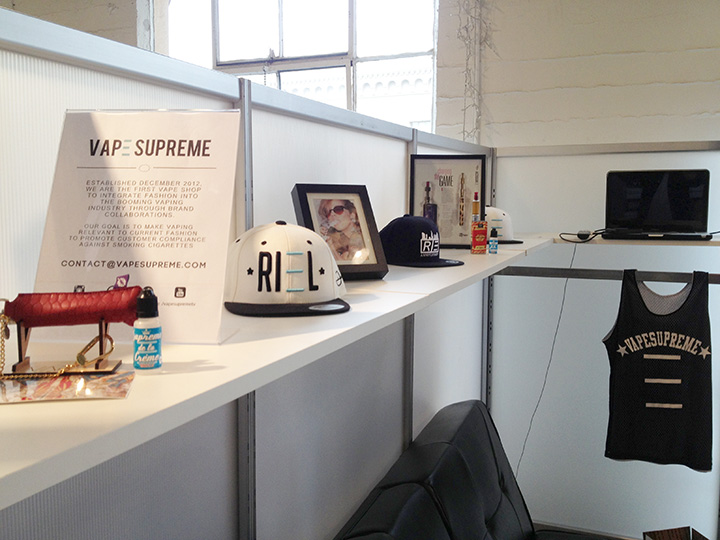