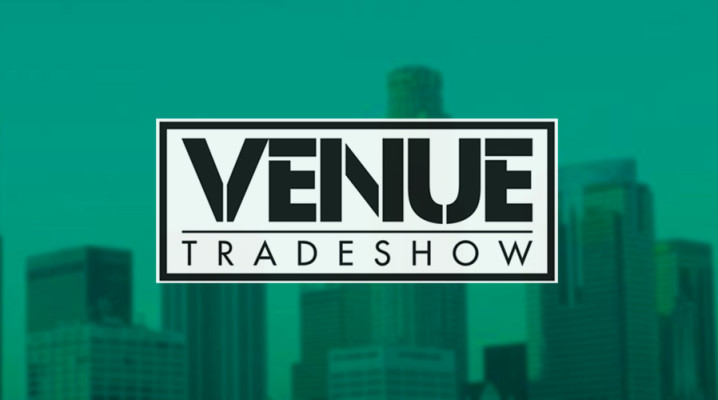 VENUE Trade Show: The New Voice Of The Industry

In the seemingly infinitely-expanding streetwear universe, the industry trade show continues to be the place where everything converges. Brands, buyers, models, tastemakers, media and more all come together in a who’s who event showing off the best and brightest the industry has to offer. Here in SoCal, there’s no disputing that the Agenda Show rules the roost, with a massive 600 brands on display. But, while Agenda has been sitting on top of the empire, VENUE Trade Show has been building an impressive name for itself as the leading independent showcase, giving a voice to those pushing hard to come up in the industry. You won’t find The Hundreds or Stussy here but you will find some of the greatest young brands from across the US and around the world in a setting where you can actually interact with buyers and attendees without getting blocked out by hypebeasts. Now, with its third edition less than a month away we caught up with VENUE’s founder and CEO Miles Canares to get the scoop on what’s new this time around.

VENUE’s last show, this past January, marked a major shift (not to mention upgrade) in experience for everyone involved. They moved to the stunning Cooper Building in the heart of DTLA’s garment district, expanded the show to two days, improved the booth designs, and generally upped the ante in every way. Miles and his team are swinging for the fences, determined to provide the best possible platform for independent brands to grow and network. With many retailers looking for ‘the next big thing’, VENUE is becoming an attractive option for buyers, where they can meet a tightly curated selection of brands instead of having to navigate a sea of power players across streetwear, skate, snow, and surf. Truth be told, they also take care of their media, with a dedicated blogger center where we were able to set up shop for the whole show and talk to brands as well as do work. Read on to see what’s in store for next month’s VENUE. Also, whether you’re a brand, buyer, or blogger, make sure to register for VENUE today over on their site.

FIRST OFF, HIT US WITH SOME STATS FROM JANUARY’S VENUE SHOW:
We had over 2,000 people in attendance for both days. We also had over 100 registered retailers (with buyers from China, Japan, Australia, and all over the states), a blogger center for our attending media and press, 50 vendor booths, and a number of celebrities, tastemakers and trend setters. Names included director Mike Ho, Krayzie Bone, Group Overdoz, recording artist Jasmine Villegas, Youtube stars AJ Rafael and Sam Portoff, and more. It was a lively event with lots of buzz and networking and business going on.

WHAT WAS THE BIGGEST SUCCESS FROM THE LAST SHOW?
We made such a big change from the first show to our second, it looked so much better. We moved to the Cooper Building which was a big move for us, the space is beautiful and I felt that we really added something special to such a historical building. We made it two days, and upgraded the booth packages. So overall it looked so much better, so there was a lot of positive feedback about that, I heard a lot of “shocked”, “surprised”, and “did not expect this” when people were describing their experience of the show.

But these were just external changes we made, internally we also upped our show to become more of a viable option for brands and retail stores to conduct business. We took pride in the route we decided to take the show, as a quick strike trade show for brands and retailers to come in and get work done, so we did things like add a retail relations team, and implemented the new VENUE RACK program that I came up with just as a tool that adds value to our show for brands, and also gets these retail stores involved in the show, and makes them want to come and take appointments with our brands.

WHAT’S NEW FOR THE UPCOMING SHOW?
We’re really excited about this upcoming show, the main thing we are working on is consistency. We go into prepping for each show with a little more momentum then we previously had, so we take that and really see how we can build a stronger option for the industry.

I do a lot of studying and planning and strategizing, I ask everyone for feedback, I want to know what people liked, hated, if they had a good time, if they had a bad time, and why. All of that is taken into consideration when we prep for the next show. The most important thing for us is to be a viable show option for both brands and buyers.

I guess the biggest move we made was changing our show date to July 8 and 9, the same week as Agenda Trade Show in Long Beach. This puts our show on a higher pedestal, I know a lot more buyers will be in town for this event, so it really opens our doors to them. We’ve been able to create a good little buzz on our own, but now being more accessible to retailers and buyers was a goal for our third show. We’re also gaining a lot of stronger brands, its a very exciting time for us.

Internally we’re also continually growing to become a strong option. I brought on a new Head of Retail Relations, Tepi Benjamins, he has 10+ years in the industry, owned a very well known retail shop for a while, and is also currently a sales rep for some of the best and most recognizable brands in the whole industry, so he has experience and know-how on all aspects of the industry, from buying, to designing, to selling. This was a huge addition to our team and we’re excited to have him on board. We’re also adding to the VENUE RACK locations and strengthening our core team, and continuing to preach our values while sharpening our integrity as who we are as a show.

What’s some feedback from the last show you’re working on for July’s VENUE?
To have a stronger buyer presence and more people through the doors. For July we’re looking to double our retailer attendance, and we added a few more booths to bring the total up to 60 brands.