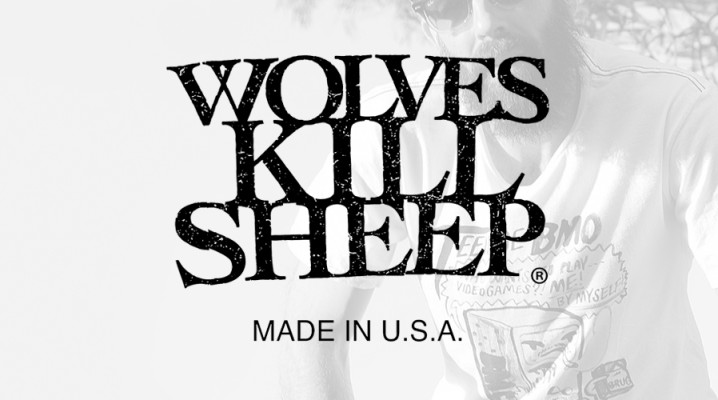 The art world can be a pretentious, exclusive place; one where you can find yourself either immersed in a scene, or on the outside looking in. Today, anyone can get the word out about their art, as social media has proven the great exposure equalizer. But, just because someone hits the ‘like’ button on Instagram doesn’t guarantee they’ll buy it, let alone dig any deeper. Los Angeles-based Wolves Kill Sheep are out to change this, by bringing fresh new artists to their clothing line each season, and acting as a guide to finding great art you’ve never seen before. Back in October when we interviewed Canadian artist Ben Jensen, he talked about his upcoming design for Wolves Kill Sheep, so we checked them out. Then, when founder Elvis Segarich hit us up, we were stoked at the chance to find out more about this brand that’s doing things differently, and doing it themselves. Read on and make sure to check out their online shop!

INTRODUCE YOURSELF AND YOUR ROLE AT WOLVES KILL SHEEP:

Hey there, glad to meet you. My name is Elvis Segarich and I’m the co-founder, creative director, facilitator and artist behind the brand Wolves Kill Sheep. I pretty much am the jack of-all-trades behind WKS.

ARE YOU MORE OF A LONE WOLF OR A PACK WOLF?

In a sense you might say a lone wolf, but my wife is also part of the brand so we’re more like a pair you might say. She gets the production taken care of and keeps me in line with making deadlines and keeping things rolling.

WHAT’S THE BEST WAY TO DESCRIBE WKS AND WHAT YOU GUYS DO?

Taking the idea of creating a t-shirt without the hoops most artists have to jump through to get their work to the market. We have no seasonal themes or direction really. It’s all about letting the artist dictate how they’d like to be represented. We don’t want to take things too seriously, have some fun with it. Coming from a graphic design background I’ve pretty much always been told what to do as far as creating something for a brand. I wanted to give the artist the freedom to submit their artwork without any boundaries to what the line plan is. It’s a free form model that keeps things interesting and unpredictable. That’s why season to season you will see different artists on our line, keep things interesting.

AS AN ARTIST INSPIRED BY ANDY WARHOL, ARE YOU TRYING TO BRING SOME OF THAT ‘CREATIVE COLLECTIVE’ SPIRIT TO WKS?

Yeah well, Warhol had a lot of influence on people that’s for sure. It’s all about bringing creative people together, the more the merrier. Unlike Warhol though, I’m more hands off when it comes to the overseeing other artists creativity. I let their work speak for itself…we’re just the platform for their vision.

HOW DID WKS GET STARTED? WHAT INSPIRED YOU TO START A T-SHIRT LINE?

I was working as a graphic designer for a big company and had been working for other companies for many years and felt like it was the right time for me do take a chance and do something of my own. It gets comfortable to sit back, design the same thing over and over again and collect a paycheck. I was done with working for someone else’s dream and wanted to pursue my own. Noriko (my wife) was pretty much working on her own and we came up with the idea of doing the t-shirt line. She has been in the apparel industry for over 12 years so she already had the relationships with the right people that could make it all happen. As far as the name Wolves Kill Sheep, it had a nice ring to it…something familiar but yet alluring.

The first season I hit up my friends who are artists and designers, got a line together and sent it off to Japan to see if we could spark some interest. Indeed it did and we got our first sales to some good shops right off the bat.  So we focused on the market in Japan first, and then went from there.

WHAT ARE SOME OF YOUR TAKEAWAYS FROM YOUR TIME AT NIKE AND VOLCOM?

Being efficient using the tools at hand, in my case, the computer. Working under tight deadlines without losing your mind is a good asset that I think I got better at. You’d have to ask the people who sat next to me when I worked there…I do know I yelled at my computer screen on occasion.

Both of those companies started off basically in the garage from an idea. Look at them now…If you believe in what you’re doing, anything is possible.

WHAT’S THE IMPORTANCE OF MAKING YOUR GEAR IN LA?

It’s easy to buy a ready-made blank tee and just throw a graphic on there, there are many many companies doing that. I think it may take a little more effort to start with a roll of fabric, deliver it yourself to a local contractor, then get it sewn up to your specs, take it to the dye house and finally to the printer down the block. It’s pretty satisfying seeing the end result manifest itself.  I’d have to say my hands at one point touch each piece that we produce along the line. This sounds cliche but there is a sense of pride to say your product is Made in the U.S.A., let alone made in L.A. and not by American Apparel. 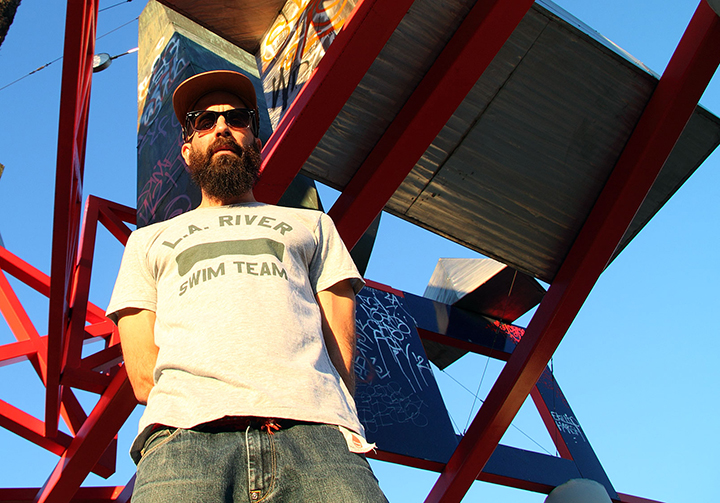 WHAT’S THE INDEPENDENT ART SCENE LIKE IN DTLA FOR YOU?

Well you got your art walk crowd which I’m not really too much a part of. But I did find an artist there for WKS that I wouldn’t of found if not for art walk. But to me it’s not really about art anymore, but there is that scene. There is a hell of a lot of creative people living down here now, compared to say 10 years ago. The buildings in my neighborhood are covered with art that is totally done legally. There is a lot to be inspired by here, and there are a lot of artists and new galleries opening up all the time.

WKS HAS FEATURED ARTISTS FROM ALL AROUND THE WORLD, HOW DO YOU FIND YOUR TALENT?

Friends, friends of friends etc…The internet too is like a vast pool of crap but if you look around the right places you might find some gems. 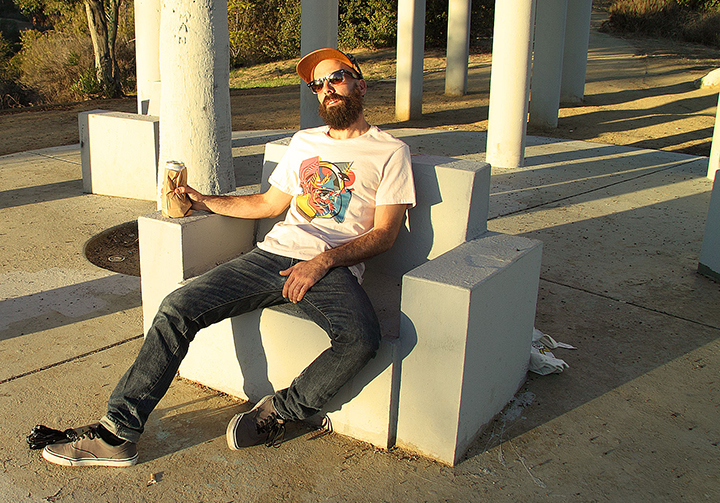 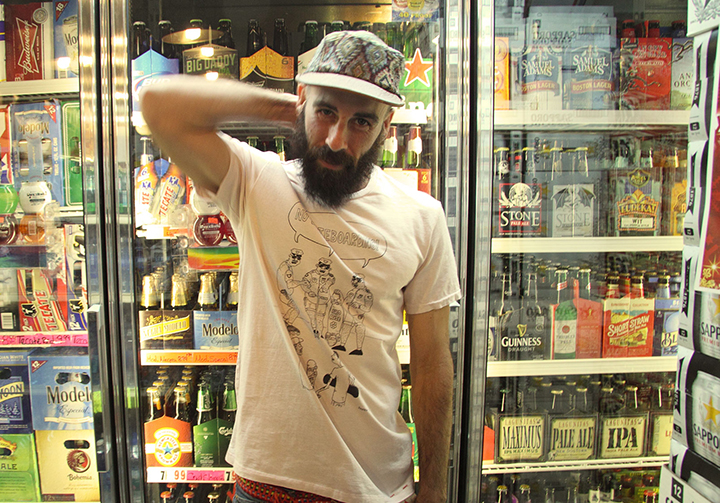 HOW DID YOU SYNC UP WITH BEN JENSEN AKA WAY BAD?

This gets filed in the friends of friend part of the question above. My friend Teddy Kelly was in a group show with Ben and I’d seen his stuff at the show and thought he would be a good fit to what we have going on. I really dig his style, reminds me of stuff you’d see on punk rock flyers in the 80’s and stuff…nothing serious just good humor. So, I sent him an email and was glad he responded and wanted to work with us. 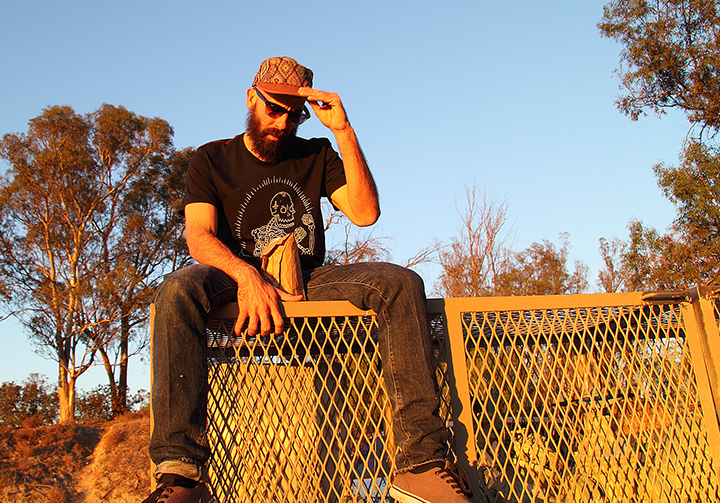 WHAT’S BEEN THE BEST PART OF BUILDING WKS OVER THE LAST THREE YEARS?

Seeing our product in some pretty cool stores around the world is inspiring. Being featured on the Beams T website in Japan is pretty rad. Working with stores like Ron Herman in LA and Nomads in SF who believe in our product and are excited to see the new lines. We just got hit up by the wardrobe department of 22 Jump Street to use our tees in the movie. The main characters will pretty much be wearing Wolves Kill Sheep throughout the movie so pretty excited to see that when it comes out just to see the tees on the big screen.

Also working with some awesome artists who are down with working with a “mom and pop” company like ours. Thanks guys.

But all in all…having something I can call my own at the end of the day is the best part.

WHAT’S BEEN THE BIGGEST CHALLENGE?

The economy is the biggest challenge for any company these days…other than that it’s been a good ride on the most part.

LASTLY, WHAT’S NEXT FOR WKS?

Gearing up for the Liberty Fairs tradeshow in Las Vegas next February for FW14. Planning on doing a launch party/art show for our SS14 collection around the end of January which will feature the artists we worked with for this season and past seasons. A few friends and myself have got a new space in downtown LA where we’re using as a creative space, will have some more info on our Facebook page and website soon.

Planning on making WKS more available to buy online is a goal we’d like to accomplish, a lot of people ask if we sell online and on the most part we’re only in brick and mortar stores…and mostly in Japan so that’s something we’re working towards changing that in the near future. 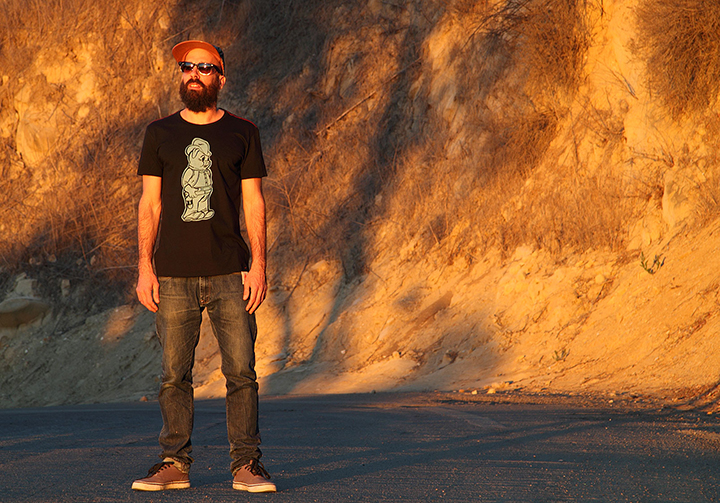 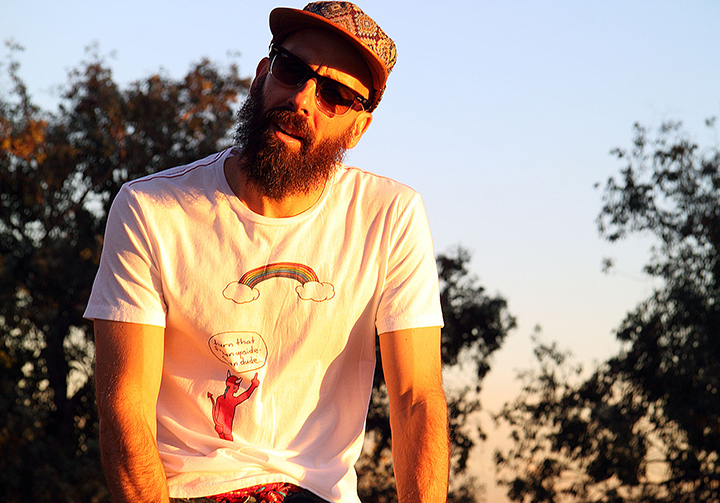 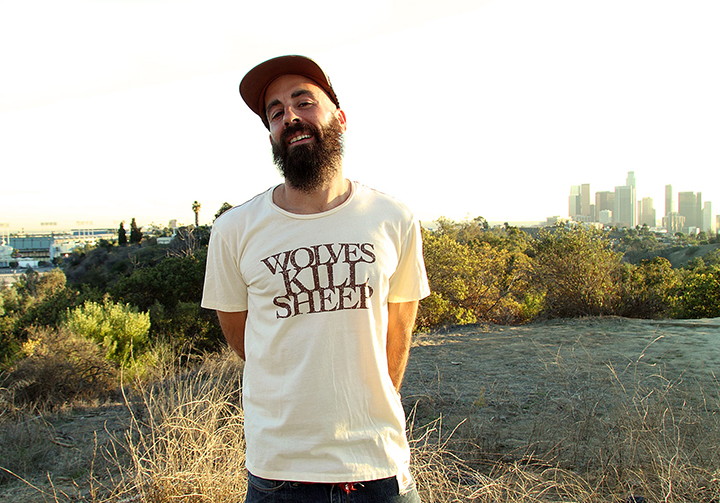 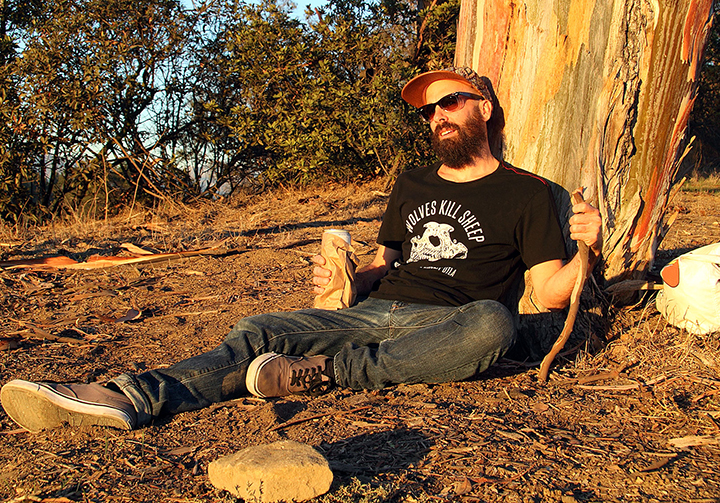